Why This Woman Is Teaching Girls How to Make Friendly Chatbots 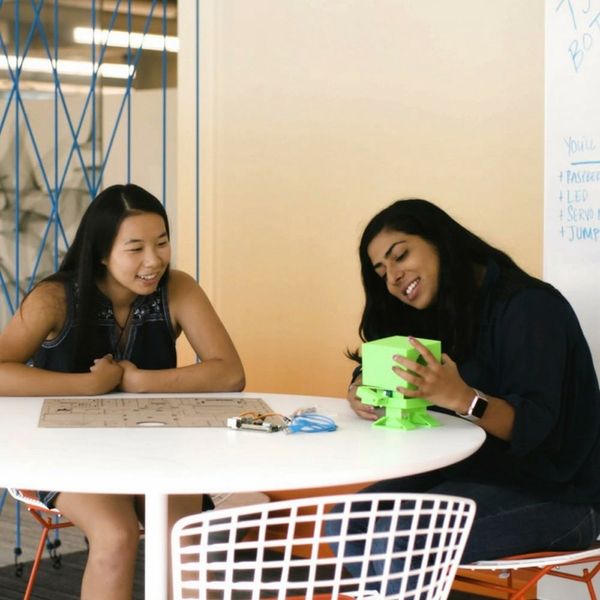 According to some, 2018 will be the year of artificial intelligence and, more specifically, of chatbots. Google Assistant, Siri, and Alexa? They’re all examples of chatbots, AKA computer programs designed to help simulate human conversation. In 2017 alone, 35.6 million Americans used some type of voice-activated virtual assistant device at least once a month, according to eMarketer. That is a nearly 129 percent increase from last year.

With more and more women exploring STEM as a career opportunity, Anamita Guha, a product manager at IBM Watson, decided to join in. Alongside the team at Girls Who Code, Guha has created a program titled “Chatbots for Good” where young girls and women from across the country will be introduced to a free, cloud-based learning experience that anyone, even those with no prior bot development experience, can use. But here’s the kicker: That program will teach young women not just how to program chatbots, but how to create chatbots that pick up on a user’s emotional cues to potentially make suggestions that will make the users feel happier.

The project, which is a first for IBM’s first Hero Journey module, uses the Watson Conversation and Tone Analyzer services to design, test, and build these revolutionary new bots.

“We want to get people excited about the opportunities that computer science can hold,” Guha told us, explaining that the goal at IBM is to try and get as many individuals as possible to develop a solid foundation on how to build chatbots and potentially help solve some of the world’s problems.

“Whether it’s online courses or coding camps, we need to make sure kids have access to hands-on STEM education even if their school doesn’t provide it,” she said.

This is one of the reasons why IBM and Guha feel so strongly about the relationship they’ve developed with Girls Who Code. The non-profit continues to fill in the gap to keep interest continued over time and through college by looking for new and exciting ways to provide access and empower young people with technology. Guha hopes that all of those who enroll in the program with Girls Who Code will walk away even more inspired and challenged to learn more about IBM’s Watson Conversation and Tone analyzer services to design, test, and build their own chatbot in the future, but hone their individual skill sets.

As the rollout of this program begins, Guha shares that empathy is a huge part of helping chatbots and technology grow stronger. Her mantra which she plans to share with the kids? “Technology brings people together, but the community makes them stay.” We couldn’t agree more!

What’s your take on chatbots? Tell us @BritandCo!

Amanda Scriver
Amanda Scriver is a passionate storyteller and body image advocate based out of Toronto, Canada. When she isn't writing for various publications, she finds time to Keep Up With The Kardashians while partaking in life's greatest pleasure: the chip buffet. Don't ask her what her favorite restaurant is, it's complicated
Ladies First
Empowerment
Ladies First STEM
More From Empowerment