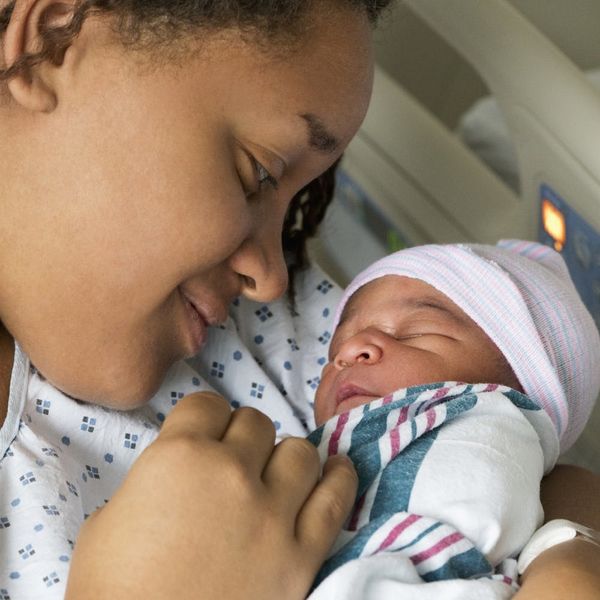 Since Trump’s inauguration, Congress has made several attempts to reverse the Affordable Care Act, also known as Obamacare. Most recently, the Graham-Cassidy Bill — Congress’ latest “repeal and replace” attempt — threatened to put health care legislation in the hands of the states, slashing federally funded programs like Medicaid, which currently supports almost 70 million Americans. If this bill had passed, some states would no longer have been under ACA provisions, which include maternity and infant care, prescriptions, and pre-existing conditions. According to Vox, this would have resulted in “hundreds of billions of dollars in federal spending cuts for health care and tens of millions fewer Americans with health insurance, compared to Obamacare.”

Though the bill was killed in Senate this week, millions of Americans worry about losing the coverage they need. At this point, it seems like it’s just a matter of when: President Trump and the GOP remain committed to overturning Obamacare, and Sen. Lindsey Graham (R-S.C.) said Republicans will likely return to Obamacare repeal efforts after they tackle tax reform, according to ABCNews.

For now, women insured by the ACA wait in limbo for the potential of drastic impact on not only their health care, but their lives. We talked to seven women about how repealing Obamacare would affect them personally. Here’s what they had to say.

Stephanie, who has advanced Lyme Disease and, by extension, several other medical issues like epilepsy, heart damage, neurological problems, arthritis, chronic pain, and chronic fatigue, could face loss of coverage without Obamacare. Her son is on the autism spectrum and requires a number of mental health services and medication, and would also be at risk for losing insurance coverage essential to her ability to function in mainstream society.

For several years, Stephanie and her son were covered by the ACA, which guaranteed access to insurance despite their conditions. High-deductible insurance through her husband’s job cost $500 monthly, but it still didn’t allow Stephanie and her son the care they needed. “We could plug the holes in the boat but never work to improve our health,” Stephanie told Brit + Co.

Obamacare was nearly three times more expensive, but it offered Stephanie and her family predictable, affordable copays with no deductible. If the Graham-Cassidy Bill passed, Stephanie’s family would likely have had to sell their home to afford the care they need.

“The main issue for us right up front if this bill passes is that we won’t be able to simply buy our own insurance anymore. Pre-ACA, I was repeatedly denied insurance for my pre-existing condition. So in the best-case scenario, this bill means we have no choice but that horrid employment plan, and we lose all our progress,” Stephanie said.


If push came to shove, Stephanie and her family could move to Canada, where her husband is from — but relocating with a child on the autism spectrum presents risks of its own. “We’d have to abandon the life we’ve worked so hard to scrape together and essentially become medical refugees to Canada and start over,” Stephanie said. “We really have no choice. These bills would collapse our entire lives if they passed.”

“As a self-employed parent of three boys, the ACA repeal affects me in so many ways,” Retha said. Two of Retha’s sons recently underwent surgery, which works against her in two ways: Her sons now have pre-existing conditions, putting them at risk for loss of coverage, and because she is on a payment plan for the surgery, her payments continue to rise as the cost of insurance increases.

Retha considered switching to a higher-deductible plan to guarantee coverage, but in addition to pre-existing conditions clauses, many physicians would not be covered on those plans. She says add-ons like vision and dental insurance are also issues for mothers like her.

“I am constantly worried about how much longer I will be able to afford health insurance,” she said. “If my boys get sick this year, have any accidents, and need hospital care we will not be able to afford it. That scares me.”

Briana is healthy, and under the ACA, has access to preventative care she can afford. But she’s worried the insurance she pays for every month won’t be enough for much longer.

“I want to know that I have access to affordable healthcare. I debate every month whether or not I should continue paying for it now, so I can only imagine if this repeal is passed how I will feel and if I would be able to afford it in the future,” she said. “I want to continue to be able to afford to take preventative measures in making sure I am healthy. Should I be diagnosed with anything, I want to feel secure in knowing that whether or not I can afford health care won’t be a matter of life or death.”

Briana plans on having children in the future, but she second guesses starting a family when she considers the projected costs should an ACA repeal go through. “Looking at this repeal, starting a family without going into severe debt will be nearly impossible, not only for me, but millions of women and families across the United States,” she said. “The bottom line is, healthcare reform should improve over time. It should not get more expensive for the majority while also leaving millions uninsured.”

Missy is her husband’s primary caretaker. Along with Type 1 Diabetes, Missy’s husband has kidney disease and regularly undergoes dialysis. After losing vision in one eye in 2015 and then receiving a kidney transplant, he was forced to go on disability. The problem is, his disability check hardly covers his medical costs.

“We feel stuck,” Missy said. “If this bill passes and insurers can reinstate the pre-existing condition clause, there is no way we can afford for him to go on private or a group insurance.”

Missy said that without Medicare, his secondary insurance, and Medicare’s Part D prescription plan, her husband’s medicines would cost over $8,000 month out of pocket. On top of her husband’s health concerns, the couple also has the added worry of Missy’s heath — she has PCOS, which puts her at a greater risk for serious health issues.

“If I get cancer or become diabetic, the costs would bankrupt us completely,” she said.

“Basically, I am one giant pre-existing condition,” said Katie, who suffers from depression and complications from a congenital birth defect that recently required two colon surgeries. When she left her full-time job as a librarian to work as a freelancer, she felt confident she’d have access to affordable healthcare through the ACA.

Currently, she’s covered by healthcare purchases through the Covered California exchange. If Congress repealed Obamacare, she could face the loss of coverage for mental health and gastroenterology care, both of which are essential to her health.

“This has been a hugely stressful period of uncertainty,” she said.

When Brianna was diagnosed with a rare form of bone cancer at age 15, she didn’t have to worry about insurance — until her dad lost his job, and she lost her coverage. Once her dad found another job, Brianna had a pre-existing condition and was denied coverage under his insurance. Thankfully, Obamacare allowed her to access the care she needed.

Now, over 10 years after her first diagnosis, she’s undergoing treatment for aggressive thyroid cancer. Because she’s 26, she now purchases her own health care through Healthcare.gov.

“What scares me most of all is the extra costs of having cancer,” she said. “One of Bernie Sanders’ photos on Instagram said that the extra costs of metastatic cancer if Obamacare gets repealed is $142,000. I get nauseous just thinking about it.”

“When my son Jackson was born critically ill, it was a huge shock,” said Ashley, a single mom who left a lucrative career and corresponding insurance plan to care for her sick son and is now covered under the ACA. Because her now four-year-old has an adrenal disease, craniosynostosis (deformity of the skull), and autism spectrum disorder, he’s followed regularly by two dozen physicians, has had countless MRIs, CAT scans, blood draws, doctor’s appointments, ER visits, hospital stays, two (with additional likely) major surgeries to remodel his skull, and hundreds of hours of in-home and clinical therapy services.

Jackson’s medical costs started to rack up from the first days of his life when he was in NICU and haven’t stopped since. He’s been covered by various Medicaid groups, but when Ashley received the autism diagnosis at 15 months, he officially became eligible for a Florida Medicaid program called CMS, for disabled children. He qualifies for this until he’s 21, regardless of Ashley’s income, but only under Obamacare.

Under the Graham-Cassidy bill, Jackson would have met his lifetime cap before he turned one, and probably wouldn’t even be here, Ashley said. “Under GC, I would have been financially destroyed (on top of the financial struggles I face as a single mom already) a long time ago. Under GC, Florida stands to have $17B+ stripped from Medicaid funding, which would decimate the program that covers my disabled child.”

A repeal of the ACA would leave Ashley and her son without coverage, which could be destructive for her family.

“Emotionally, physically, mentally, and spiritually, the burden I’m under at the prospect of losing his healthcare is crushing; I can’t even imagine what would happen if it actually came to pass. All I can do is pray it doesn’t, and keep writing, calling, faxing, emailing every day,” she said.

Would repealing the ACA affect you or your family? Let us know at @BritandCo.