Inside the GOP’s Latest Health Care Plan, Which Jimmy Kimmel Ripped to Shreds 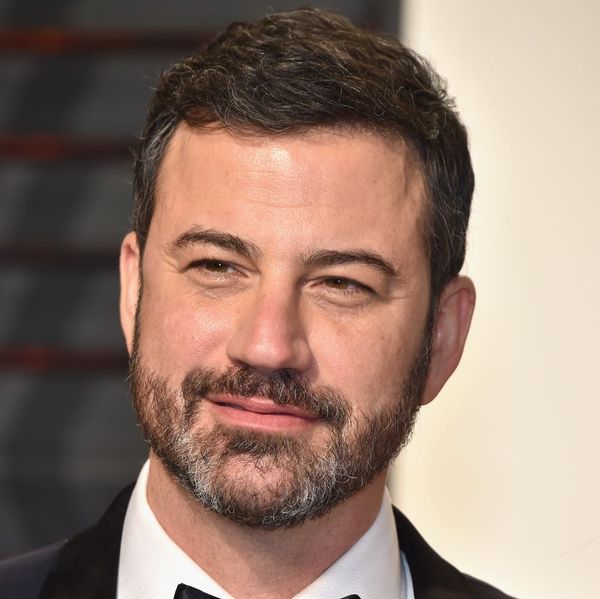 Republicans in Congress are still hard at work coming up with ways to get rid of the Affordable Care Act, this time in the form of the Graham-Cassidy Bill, which experts are saying is the worst “repeal and replace” bill so far. This particular bill was created by senators Lindsay Graham (you may remember his name from the Republican presidential debates) and Bill Cassidy. If Cassidy’s name rings a bell and you’re not from his state, Louisiana, you may recall that he went on Jimmy Kimmel Live and promised he would support accessible health care legislation, which turned out to be… not true.

If you too are disappointed in Sen @BillCassidy #GrahamCassidy let them know it – call (202) 224-3121 pic.twitter.com/eswlh6BaoV

Kimmel laid into Cassidy on his show Tuesday, calling him out for promising to only support legislation that met the “Kimmel Test,” a term Cassidy coined for determining whether or not parents would be able to afford to keep their children alive. You might remember that Kimmel’s young son underwent a lifesaving heart operation shortly after his birth; Kimmel has since been vocal about the need for accessible and affordable health care for families.

The Graham-Cassidy Bill has a lot that’s different from the Affordable Care Act, and Republicans have been attempting to sneak it through before the Congressional Budget Office can even give a report on how much the thing would cost, and determine how many people may lose their health insurance.

So what exactly is the Graham-Cassidy Bill, and why are so many people worried about it? Here’s a quick guide to the bill, and how it would impact the people who need health care most.

How is graham-cassidy different from the affordable care act?

The way supporters are framing it, the main idea behind Graham-Cassidy is to put the responsibility of healthcare legislation in the hands of individual states. Basically, the federal government would supply states with block grants, and it would be up to the state-level legislature to figure out how to provide health insurance to their citizens. States could potentially keep the provisions of the ACA in place, scrap it completely and put other legislation in place, or some combination. This means that Graham-Cassidy would slash federally funded healthcare programs including Medicaid, which currently provides support to 68,608,208 Americans.

If the bill becomes a law as it currently exists, some states would certainly yank ACA provisions, including coverage for essential care (which encompasses maternity and infant care, prescriptions, and more) and pre-existing conditions.

what would graham-cassidy mean for women?

Suffice it to say that the news is not good as far as what this new bill would mean for women. Like previous Republican plans to replace the ACA, Graham-Cassidy includes restrictions on abortion. Not only would Medicaid funding get slashed, but Planned Parenthood would no longer be able to receive any Medicaid funding, according to Vox. As many who have used Planned Parenthood services know, the clinics provide much more than just abortion services, including STI screening and pelvic exams.

how many people would lose insurance?

🚨@BillCassidy is all over TV grossly misrepresenting impacts of #GrahamCassidy

We made a myth/fact table debunking him

Because the nonpartisan Congressional Budget Office hasn’t yet had the chance to release a report on the potential impact of the bill, it’s not totally clear how many people would lose their health insurance. When Republicans attempted to pass the Better Care Reconciliation Act (BCRA), 49 million people total would have been without insurance. Before that, the GOP took a swing with the American Health Care Act (AHCA), which would have left 51 million Americans without insurance. Currently, under the ACA, 28 million are uninsured. It could still take weeks for the CBO to have a report prepared for the new bill.

BuzzFeed reports that senators Graham and Cassidy are still short of the 50 total Senate votes they’d need to clear their bill, but the President is supportive. On Wednesday, Trump tweeted that he “hopes Republicans will vote for Graham-Cassidy.”

Democrats and physicians’ groups are overall opposed to the bill, but so are some Republicans. According to CNN, the fate of the bill in the Senate likely comes down to two people: senators John McCain and Lisa Murkowski. Of course, that doesn’t mean other senators won’t come around in the coming days, so healthcare activists are encouraging concerned citizens to contact their senators to ask how they plan to vote if the bill makes it that far.

Do you have thoughts on the Graham-Cassidy bill? Tell us on Twitter @BritandCo.