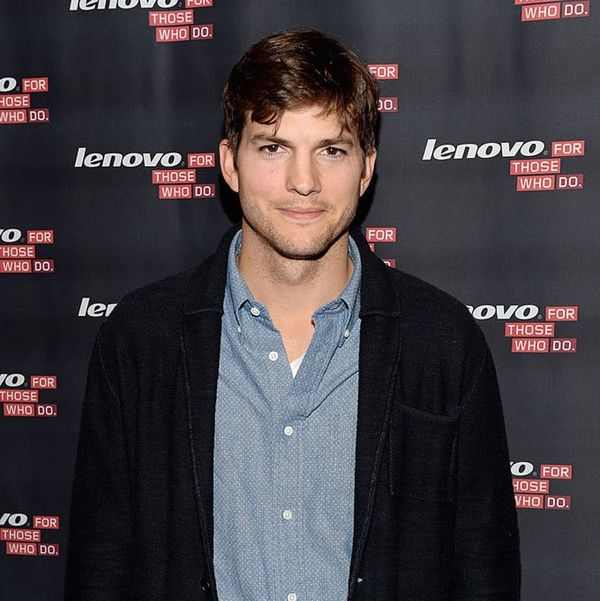 Ashton Kutcher is always a surprise. He’s one of those secretly genius celebrities, he works with all sorts of charities and he and wife Mila Kunis are expecting baby number two (a boy, as he recently revealed). Not only is baby Wyatt about to be a big sister, but she’s also a baby genius, according to proud papa Kutcher.

While a guest on Late Night With Seth Meyers last night, Ashton spilled the beans on baby Wyatt, the genius of the family. At just two years old, she can speak English and Spanish and understands Russian, mom Mila Kunis’s first language.

“She’s learning Russian,” he explained, talking about Mila’s family speaking with baby W in their mother tongue. Being so bright has its drawbacks, however. Kutcher accidentally slipped the F word out in front of the baby, and now, he’s working hard to backtrack on that spill, trying to teach the baby that it’s not actually the swear word that he said.

Since we now know that a baby’s smarts come from the mom, we can only imagine what a house full of famous geniuses is like, and we’re sure Ashton will figure out how to undo his swearing mistake soon (yeah right!).

How many languages do you speak? Tell us @BritandCo!