13 Celebrities Who Are Secretly Smart AF 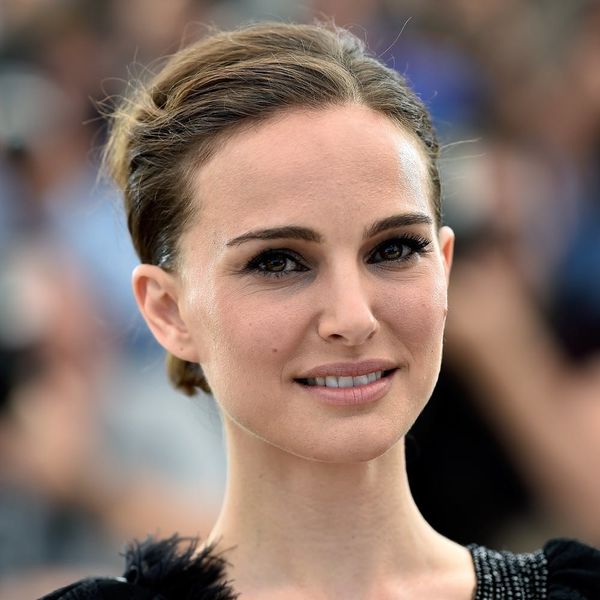 Hollywood loves to acknowledge its artistic achievements, but it’s not often that academic pursuits are put on the same pedestal. And while the nature of the beast means beauty is often put before brains, it also means that, sometimes, we don’t get to celebrate the cerebral like we should. Never mind an honorary degree — here are some celebs who have more book smarts than you might have realized.

1. Mindy Kaling: IRL, our comedic genius spirit animal Mindy is more than the sum of the parts of the gossip-loving, boy-obsessed customer service rep she played on The Office and the well-dressed, fertility-clinic-owning OB/GYN she plays on The Mindy Project. She’s a Dartmouth grad, an award-winning playwright, a two-time best-selling author, and, well, we don’t need to remind you that she writes, produces, directs and acts like a boss. Be our BFF? (Photo via Kevin Winter/Getty)

2. Mayim Bialik: She doesn’t just play a neurobiologist on The Big Bang Theory; Mayim legit has a Ph.D. in neuroscience too. After early acting fame as the lead in ‘90s sitcom Blossom, she left Hollywood to get a bachelor’s degree in neuroscience and Hebrew/Jewish studies from UCLA in 2000, then finished her Ph.D. in 2007. (Photo via Imeh Akpanudosen/Getty)

3. John Legend:Chrissy Teigen’s husband turned down multiple other Ivy League scholarships to study English and African American literature at UPenn (where he also oversaw an a cappella group). After college, he worked at a prestigious consulting firm in Boston before breaking out as a musician. (Photo via Charley Gallay/Getty)

4. James Franco: Some of the schools and/or degrees the occasionally controversial James has earned or pursued include: UCLA (English), NYU (filmmaking), Columbia (writing), Brooklyn College (more writing), Yale (comparative literature), Houston University (where he was accepted but did not attend for creative writing), Rhode Island School of Design and likely another handful of programs he might have enrolled in in the past 10 minutes. If that weren’t scholarly enough, he has also taught classes at Yale, UCLA and Palo Alto high school. (Photo via Frazer Harrison/Getty)

5. Ashton Kutcher: Ashton ain’t no Kelso: He attended the University of Iowa and majored in Biochemical Engineering, but in a slightly more Kelso move, dropped out to pursue modeling. Ashton apparently once broke into his high school, and as as result, lost a scholarship to MIT. (Photo via Brian Ach/Getty)

6. Matt Damon: Matt also dropped out of school to pursue the many acting opportunities that were coming his way before finishing a degree at Harvard, but the script for Good Will Hunting was started in a playwriting class there, so net positive. (Photo via Vittorio Zunino Celotto/Getty)

7. Rashida Jones: A natural comedic and musical talent, Rashida made both part of her time at Harvard where she got her degree in Comparative Religion. (Photo via Larry Busacca/Getty)

8. Cindy Crawford: From being high school valedictorian to attending Northwestern University on academic scholarship to study chemical engineering to… being one of the all-time modeling greats? An unconventional path, maybe, but one that proves the recently retired model is as much brains as she is beauty. (Photo via Frazer Harrison/Getty)

9. Emma Watson: Hogwarts, duh. But for real, Emma earned a bachelor’s degree in English Lit (guess we know where the book club idea comes from!) from Brown University and also studied at Oxford. The UN made her their Women Goodwill Ambassador for a reason, you know. (Photo via Pascal Le Segretain/Getty)

10. Lisa Kudrow: Lisa’s Friends character Phoebe was full of surprises, and Lisa herself is too — namely that her academic achievements are far from “Smelly Cat” (which was genius in its own right, if we’re being honest). Lisa got a B.S. in biology from Vassar and earned credits as a researcher on her father’s study on headaches (he was a doctor). (Photo via Frazer Harrison/Getty)

11. Rooney Mara: Though Rooney’s sister Kate started acting at only 12, Rooney knew she wanted to get an education first, studying non-profits and psychology at NYU and not auditioning for roles until she was 19. (Photo via Mike Windle/Getty)

12. Natalie Portman: On the flip side, Natalie started acting when she was just six years old, and took the time to earn a Harvard degree in Psychology while she was filming her second Star Wars movie in 1999. So don’t complain about being too busy ever again! (Photo via Pascal Le Segretain/Getty)

13. Reese Witherspoon: Like her Legally Blonde character Elle Woods, Reese has got the brains to match the beauty — she studied English Lit at Stanford, though has officially been on leave since 1996. We bet she finishes the degree eventually. WWED? (What Would Elle Do?) (Photo via Kevork Djansezian/Getty)

Which other celebs’ scholarly pursuits have surprised you? Let us know on Twitter @BritandCo!