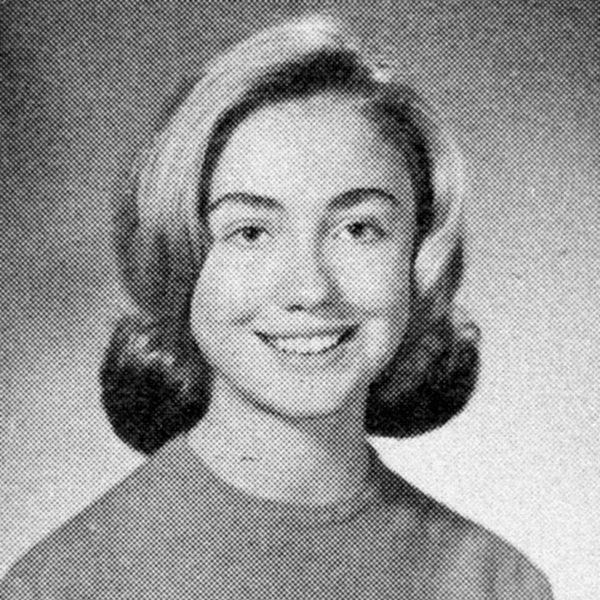 Since moving into the public sphere four decades ago, Hillary Clinton has held numerous roles: from wife and advocate for reform, to senator and then secretary of state. Now, she’s the first woman to run for president on the ticket of a major party — the first woman who really stands a chance of becoming president. But what happened earlier in her life? Some of these moments have made it into campaign speeches and videos, so let’s take a closer look.

1. Astronaut Hillary: Hillary has mentioned in many speeches that her childhood goal was actually to be an astronaut, but that she was rebuffed after she wrote in to NASA expressing her interest in traveling to space. In the early 1960s, when she would have written, NASA only accepted men as astronauts. In fact, it was a heated topic of discussion at that time whether women should be allowed to participate in the space travel program.

2. Wellesley Commencement Speech: As Hillary’s cohort prepared to graduate from the women-only liberal arts college in 1969, they decided they wanted to hear from someone who’d never been invited to speak at a Wellesley convocation ceremony: a member of the graduating class. And it was a no-brainer who should have the honor, according to the college’s then-president, Ruth Adams: It had to be Hillary. You can listen to parts of that speech on YouTube.

3. Working on the Watergate Committee: Contrary to what some believe, Hillary Clinton was not fired from the committee investigating whether then-president Richard Nixon should be impeached for his involvement in the Watergate scandal. But she did work on the committee fresh out of Yale Law School, and even predicted to her boss that her boyfriend Bill would one day become president! Now that is confidence.

4. Arkansas Education Reforms: During her 12 years as First Lady of Arkansas, Hillary is widely credited with overseeing reforms that took the state out of its perpetual spot near the bottom of every national ranking system of states’ educational performance. She and Bill actually both lost favor with teachers in the state for including mandated teacher testing in the reforms, especially as he’d received huge support from unions all over the state in his bid for office.

5. Health Care Reform… Almost: A 2014 New York Timeslook at Hillary’s role as First Lady describes her role in the attempt to reform health care: “She was an independent force within the White House, single-handedly pushing health care onto the agenda.” While we all know that the mid-1990s push to make health care more accessible to Americans didn’t quite pan out as planned, her central role in the reform movement made her one of the most politically active first ladies in the country’s history, recalling the powerful figure of Eleanor Roosevelt.