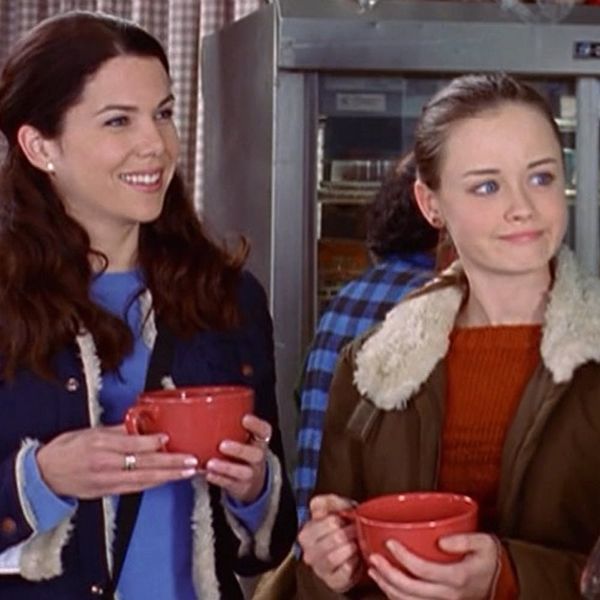 There’s a little under seven weeks left until the new Gilmore Girls episodes premiere on Netflix and fans are losing their GD minds. From getting emotional AF over the brand new “We’re Back” featurette to freaking out over upcoming action figurines and the Luke’s Diner pop-ups, GG fandemonium is at an all-time high. We can’t say we blame them — we are beyond excited to see what Lorelai and Rory have been up to since we last saw them. That being said, the latest craze sweeping Gilmore Girls Nation is a bit… cray.

According to Time magazine, fans are actually shelling out up to $99 on a paper coffee cup from one of the Luke’s Diner locations: We kid you not: It’s happening on eBay.

Luke's Diner is popping up everywhere. Follow the link in our bio to find a Luke's near you! #HappyBirthdayGilmore

Yup, paper cups emblazoned with famed quotes (such as “You like coffee? Only with my oxygen.”) from the show as well as paper sleeves showing off the Luke’s Diner logo are popping up all across the site, both used and unused, and bringing in quite a bit of cash.

The cup in question currently has a starting bid of $49.99, while others are more affordable and available in the $10 – $20 range. The best deal, though, seems to be a sleeve autographed by Luke, err, actor Scott Patterson (who also got in on the diner craze by popping up in a Beverly Hills location) himself, which has just five bids to date and is currently going for $54.

Before you go stocking up on paper cups, though, might we suggest these six sweet GG-themed goodies (including a sturdy Luke’s Diner mug that, you know, won’t disintegrate in the dishwasher) instead? Just sayin’!

Would you buy one of the paper cups up for auction on eBay? Tweet us @BritandCo.

Barbara Pavone
Barbara Pavone is a pop culture-obsessed writer based in beautiful (but ridiculously cold) Montreal, Canada. When she's not working, she's sipping on a Pimm's Cup and daydreaming about her celebrity hero, Saint West.
Netflix
Pop Culture
Netflix
More From Pop Culture