Zayn Malik Admits to Eating Disorder While Still in One Direction 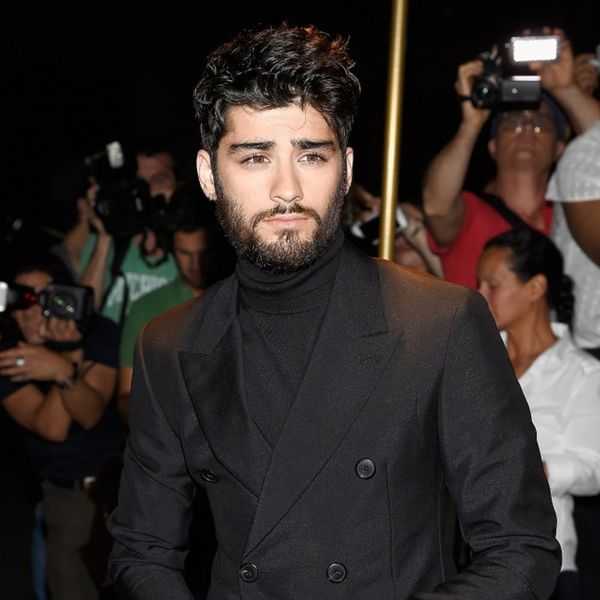 Often, we hear stories about female celebrities and how they maintain their weight, and it’s common to have gossip sites try to decide whether or not actresses and singers are afflicted with eating disorders. While our society is moving more and more toward body positivism, we are still constantly bombarded with the idea that only certain bodies are “normal.” This can sadly affect the self-esteem of many people, but we don’t always talk about how much this can affect men too.

In Zayn Malik’s new book, he talks about the months leading up to his departure from 1D, saying that as far back as November 2014, he wasn’t eating properly. “Something I’ve never talked about in public before, but which I have come to terms with since leaving the band, is that I was suffering from an eating disorder,” the BBC reports his book as saying. Zayn claims that he would sometimes go 2-3 days without eating a thing as a way to control an aspect of his life while he felt his professional career and personal life were spiraling due to the success of 1D.

This is one of the first times we can recall a male celeb being honest about the pressures of fame in this way. Zayn doesn’t say how or if he was treated for his eating disorder, but just the very fact that he is admitting to disordered thoughts is huge. With more and more powerful and visible young women opening up about their mental health issues, it’s really great to see a young, famous man speak out on a disorder we often think is only associated with girls and women. We hope that in telling his story, Zayn helps young boys and men who feel isolated in their illness to take steps to get better, like he has.

Are you surprised by Zayn Malik’s mental health announcement? Let us know @BritandCo!

Kat Armstrong
Kat has been a writer, social media maven and mom for longer than she's willing to admit. She's also spent time in front of and behind the camera, interviewing celebs, politicians and acting as a producer for fashion and artistic photography shoots. When she isn't writing for various orgs and publications, she's hanging with her kids, husband and French Bulldog, Peter, in Toronto, Canada.
Healthy Living
Celebrity News
Healthy Living
More From Celebrity News