10 Shows and Movies to Warm Your Soul This Weekend 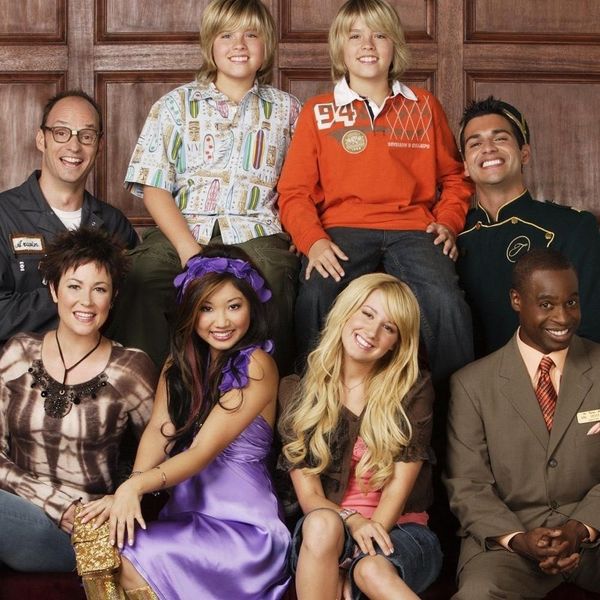 It’s Friday! You’ve practically made it through another week without a single day off! Woooo! Say whatever you like, but we think that’s something to celebrate. (Just justifying a lazy weekend to ourselves here…) And there’s no better way to celebrate the weekend than with a great tradition. Our favorite tradition? Staying inside with some snacks, some cozy PJs, a warm blanket and a never-ending binge fest. Here we’ve got the 10 movies and shows you should add to your weekend queue. We’ve got some throwbacks, brand new shows and even a little bit of education for your weekend. Now all that’s left to do is cancel all of your plans until Monday.

1. Spectre on Amazon: No one flies around the world in more style than Bond, James Bond (especially when he’s played by Daniel Craig). Sit down with this one and watch as Craig and Lea Seydoux jump from Mexico City to Austria to London in pursuit of a nefarious league of evil spies. (Photo via B24)

2. Being George Clooney on Netflix: We all know George Clooney is inimitable, but that doesn’t stop these men from trying. The new documentary travels around the world to meet the men who dub George Clooney’s voice in foreign versions of blockbuster films. (Photo via Netflix)

3. Chance on Hulu: REJOICE! Hugh Laurie is back on TV! This time he plays a neuro-psychiatrist who is reluctantly dragged into a dark world of police corruption. Come for the Laurie, stay for the cliffhangers. (Photo via Hulu)

4. Black Mirror on Netflix: If you’re a fan of the tech thriller, you know things can get real freaky real fast. It’s back for a third season and we’re super stoked to see what new nightmares the show has in store for us. Yeah, we’ve already prepared ourselves to never use our cell phones ever again. (Photo via Netflix)

5. The Vampire Diaries on CW: The addicting show about two vampire brothers is back for its EIGHTH season. If the blood and the vampire stuff doesn’t get you freaked out, then the weird love triangles definitely should. (Photo via The CW)

6. Startalk With Neil DeGrasse Tyson on Hulu: Watch pop culture and science collide like a meteor and a planet on the newest season of Nat Geo’s only talk show. Not only will you get GREAT celeb appearances, you’ll learn so so much about the fascinating depths of outer space. (Photo via National Geographic)

7. Weiner on Showtime: Time to get political. Again. This new documentary follows Anthony Weiner during his attempted 2013 comeback when he ran for mayor of NYC. It’s even more fascinating knowing that his scandals only kept going long after filming wrapped up. (Photo via Showtime)

8. Jane the Virgin on The CW: The loveable, clever show about a pregnant virgin is back for its third season. If you were watching season two, you know that it ended on a TERRIBLE cliffhanger. Watch the season premiere now and breathe a sigh of relief. (Photo via The CW)

9. Crazy Ex-Girlfriend on The CW: This is seriously one of the most underrated shows out there right now. If you need reason to watch it, just know this: Season two just kicked off with a hysterical spoof of Beyonce’s Lemonade videos. (Photo via The CW)

10. The Suite Life on Hulu: IT’S THROWBACK TIME, YOU GUYS! We’re super excited to announce that The Suite Life movie is now streaming on Hulu. Watch it again for all the nostalgia, London Tipton quotes and elevator shenanigans that you can handle. (Photo via Disney)

What else are you up to this weekend? Share your plans @BritandCo!