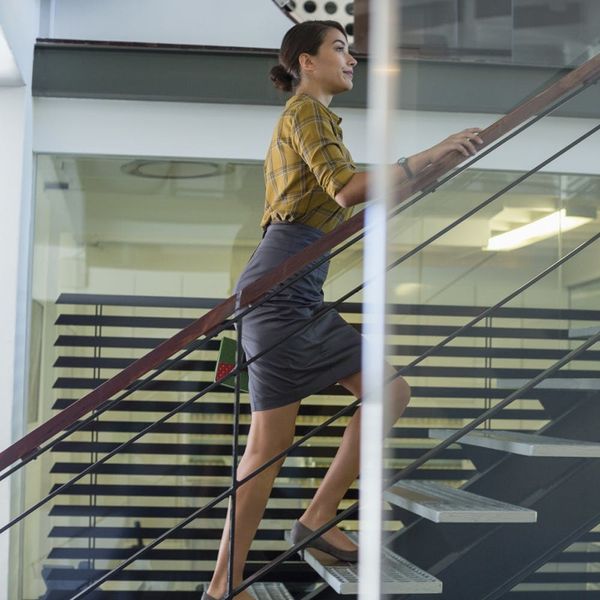 It’s no secret that the workplace isn’t exactly a place where women are always given a fair shot. Many companies claim to be friendly to gender equality, but underlying tensions and half-baked HR policies around hiring and promotions are leaving many women around the country increasingly dissatisfied with their work environments. If you’re one of those women, we’re sorry to hear that. Assuming you’re a hard worker backed with a great education and a resume chock-full of relevant experience, you should be able to find success and fulfillment in your job like any one of your male counterparts. Would it make you feel any better to know you’re not alone? According to the 2017 Women in the Workplace study, progress toward gender equality at the office is extremely slow. While we hate to be the bearer of this bad news, it’s at least reassuring to realize that it’s an issue we are all dealing with — and one that we can (hopefully) address together.

The Women in the Workplace study is part of a long-term partnership between LeanIn.org and McKinsey & Company. Now in its third year, the research aims to “give organizations the information they need to promote women’s leadership and foster gender equality,” according to the landing page for the study. In 2017, more than 220 companies (collectively responsible for employing over 12 million people) shared data for the research. Seventy thousand individual employees also lent their voices by participating in a survey about their personal experiences in the workplace.

Together, the information collected from these many sources indicates that gender equality at work remains stalled. Women are still underrepresented at every level, despite the fact that they earn more college degrees than men. Things are a bit more even at the entry level — in corporate America, 52 percent of these jobs are occupied by men and 48 percent by women — but the stats grow increasingly concerning with each step. Between that first entry level job and a promotion to manager, the survey reports a major shift. Of corporate managers, 63 percent are men, with 37 percent of the same level being women.

“What’s really compelling and why we’re looking at that first step is that if we got to equality with the first promotion to manager, you would actually have twice as many women at the SVP and C-suite level [as we do now],” says McKinsey & Company partner Kelsey Robinson, who worked as a researcher for the report. “That’s pretty profound.”

If achieving greater equality from that first promotion is key to achieving better representation for women in leadership positions, it’s important that we understand how to effectively empower young women (and ourselves!) to pursue new opportunities, promotions, and raises. In an effort to do just that, for the first time, much of this year’s Women in the Workplace research actually explored best practices among top-performing companies. According to Robinson, these companies invest in supporting women in pursuing promotions and in encouraging mentors and managers to take a more active role in empowering their female employees.

“Managers that are already in place [at these companies] actually advocate for employees for specific opportunities or stretch assignments, which is great,” Robinson says. “Women as managers themselves can do that. I think the question is, if you’re a woman and your manager isn’t necessarily doing that, how do you actually go and try to seek those opportunities out for yourself?”

While much of the responsibility for establishing an expectation of gender equality does rest on employers, there are steps women can take at the individual level to advocate for themselves, as well. Women negotiate for raises and promotions at a similar rate to their male colleagues, but the men who participated in the study were more likely than their female counterparts to report that they had gotten the raises and promotions they wanted without ever having to ask. This makes it all the more important for women to have strong negotiation tools at their fingertips.

“A lot of this is tied to how you actually go and have a conversation about seeking out those opportunities,” Robinson says. “The playbook around negotiations, how you prepare, how you build support with your manager… and just being more bold and asking for it. That would be my top advice for young women in the work force.” In terms of explicit negotiation tips, the report recommends that women assign specific values to the monetary raises they are seeking, build a strong pitch that showcases their contributions to the company, and solicit support from a manager who can help push through a potential new opportunity. “We see really exciting data around women asking for promotions,” Robinson says. “Perhaps there are just some areas where we can make those conversations even more impactful.”

The Women in the Workplace report also suggests the importance of educating men, who are not always on the same page about the state of gender equality in corporate America. According to the study, 50 percent of men think women are well-represented in leadership, and 60 percent of men say their company is already doing what it takes to address problems with gender diversity. “When men see one or two more women as senior leaders, that might seem like progress,” Robinson says. “Actually quantifying it for them and being a little more open is something that top performing companies do.” The report also highlights the unique challenges faced by women of color — and the necessity of programs targeting their advancement rather than relying on a “one-size-fits-all approach.”

As with so many things, communication is key here. Companies should be sharing stats about gender more widely, and individual women might consider having more open dialogues with male friends, family members, and partners about the state of equality in their respective offices and industries. Robinson, who’s recently found herself talking to her husband about these issues in his own professional world of private equity, suggests that we see start looking at the growing number of dual-career households as an opportunity to work together with our significant others to figure out these problems.

At the current rate of progress, the Women in the Workplace data tells us that it will take another century for us to achieve gender equality at work. These figures are discouraging, we know, but Robinson takes heart in the changing attitudes about a “go-forward plan”: “In the space of not a lot of progress, the conversation has to switch to, ‘Let’s not admire the problem, but let’s talk about what managers and companies should be doing differently.'”

What empowering advice would you give a woman just starting her career? Tweet us @BritandCo.

Alli Hoff Kosik
Alli Hoff Kosik is a freelance writer who is passionate about reading, running, rainbow sprinkles, her lipstick collection, watching embarrassing reality TV, and drinking pink wine. She lives in Brooklyn with her husband and (in her dreams, at least) three golden retriever puppies. Listen to her talk books on The SSR Podcast.
Career
Work
Career study
More From Work