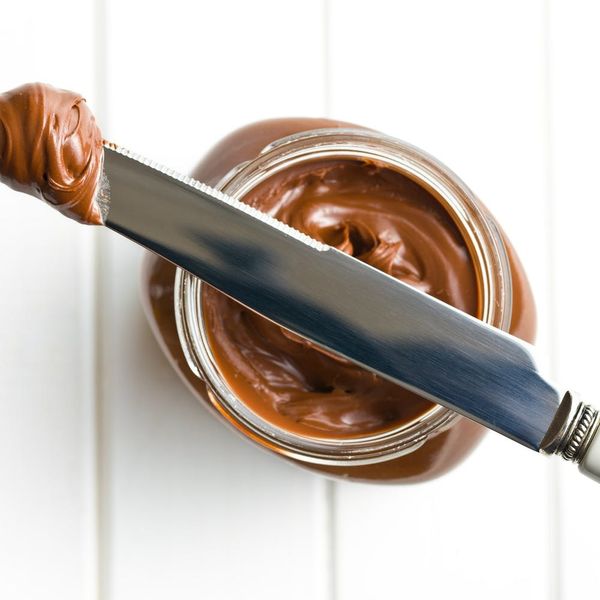 We love Nutella just as much as the next girl ― what’s not to love, right? ― but a ring of car thieves in Canada took it to a whoooooollleee new level this weekend (like, Nutella burger level) when police stumbled upon a truckload of their stolen goods.

With a haul that totaled approximately $5 million and included luxury cars, car parts, e-cigs and alcohol, the cops also found some more… unexpected finds: like $30,00 worth of the hazelnut spread.

The thieves (who were also mixed up in a kidnapping plot) weren’t exactly jonesing for Nutella hot chocolate or one-bite donuts, however (though we kind of are now, TBH).

As the detective seregant involved in the bust explained to The Toronto Star, they simply weren’t discriminatory when it came to their lifted goods. “If there was a profit to be made by this group, this group would jump on the opportunity,” he said.

The thieves, thought to be at least 23 strong, were all arrested after a wire-tapping investigation and are now facing more than 137 charges in total.

“I’ve never seen an investigation that did spiral into so many different directions,” detective sergeant Paul LaSalle said.

While we can’t blame them for wanting ALL of the more than 4,000 jars the officers recovered, we’ve got a sneaking suspicion that, in this instance, it probabbbbbly wasn’t worth the indulgence.

What would you do for your love of Nutella? Comment over @BritandCo.

Nicole Briese
Nicole is the weekend editor for Brit + Co who loves bringing you all the latest buzz. When she's not busy typing away into the wee hours, you can usually find her canoodling with her fur babies, rooting around in a bookstore, or rocking out at a concert of some sort (Guns N' Roses forever!). Check out all her latest musings and past work at nicolebjean.com.
Dessert Recipes
Food News
Dessert Recipes
The Conversation
Reviews:
More From Food News