Are You a Photoshop Beginner? Then You’ll Love Adobe’s Newest App 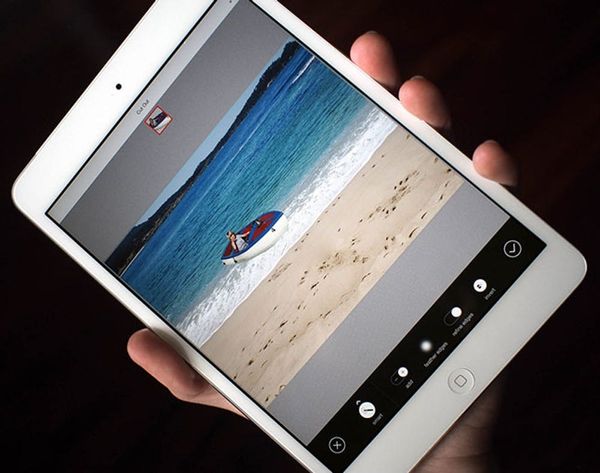 On the heels of the release of its first tablet-exclusive hardware, Adobe is continuing to blow the minds of mobile makers with its arsenal of Creative Cloud 2014 updates that more seamlessly integrate its most popular desktop-subscription services with mobile devices. The newest on-the-go update: Adobe Photoshop Mix, an image editor that performs staple Photoshop functions (and then some) in the cloud and delivers the changes straight to your iPad. For free.

Photoshop newbies, cue the celebratory emojis: This might be the least intimidating way to get introduced to the complex universe of PS. That’s because Mix was designed to be intuitive for folks who consider swiping their fingers to edit photos more second nature than adding an adjustment layer with a keyboard shortcut. So scoot that jargon aside for now and get ready for the 101 on Mix’s main features.

With Mix, you’re not limited to tinkering with just the photos on your camera roll. The app also lets you access both JPEG images and PSD layers + files from your Creative Cloud account, Lightroom Mobile library and Facebook account. Or snap a pic with Mix’s built-in camera and start editing what you just saw immediately.

Mix offers all the photo editing basics: You can adjust exposure, contrast, clarity and saturation of your photos, as well as crop + straighten images all with the touch of a button. Once you’ve chosen which function you want to apply, the menu bar transforms into a library of preset options — from cropping choices to “looks,” Mix’s answer to photo filters that you can add to all or portions of your image — making advanced, non-destructive edits a breeze to apply. You can even splice together photos to create basic layered compositions/epic memes (Such creative. Wow) and then send your mobile masterpiece to Photoshop, which will translate them into fully editable PSDs that you can polish the next time you’re at your desk.

Adobe spoils us further by granting Mix the power to perform a handful of features via the cloud that have only been available on Photoshop software in the past: Straighten your photos with Upright; remove blur with Shake Reduction; and most magically, remove portions of your photo with the space they occupied with Content-Aware Fill. And as we alluded to earlier, there’s no stylus necessary to perform these master manipulations.

While Mix may seriously decrease the time it takes to add “Photoshop” to your endorsement-worthy set of LinkedIn skills, those who are beyond the basics may find the app fairly limiting, especially when compared to Adobe’s other mobile photo editing offerings like Photoshop Touch and the brand-new Adobe Line. Not to mention, Mix might just be too slow for your maven-level maneuvering + photo manipulation skills: A first-look review from The Next Web cited bandwidth issues as the app’s most major pitfall, saying it took between two to six minutes for various sized files to load on the network-connected app. Perhaps V2 will prove to be more universally enlightening, but until then, PS rookies, consider this your long-format prompt to DL now!

What do you think about Adobe’s latest app? Do you see yourself photo editing while you’re on the go? Or do you need a full-sized monitor to get in the zone? Tell us how you’d use Mix in the comments below.