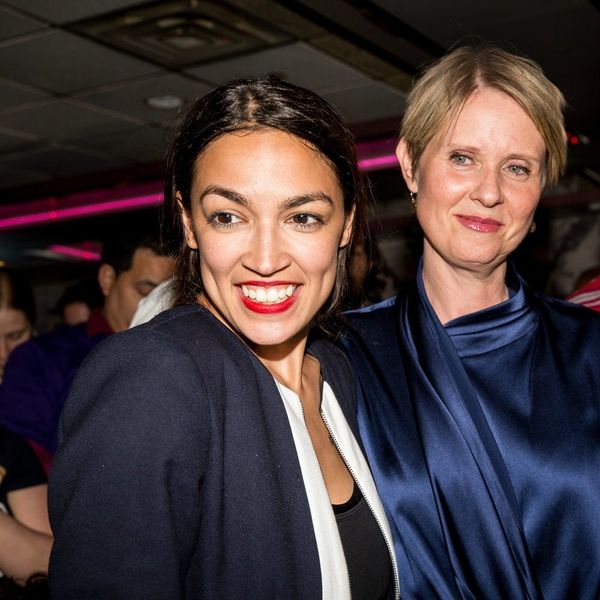 Alexandria Ocasio-Cortez, the 28-year-old Democratic Socialist from the Bronx, ousted 10-term incumbent Joe Crowley on Tuesday in New York’s 14th District in a stunning New York primary victory, surprising many political minds in the process. If Ocasio-Cortez wins in November, she will be the youngest person serving in the House of Representatives in 2019.

Ocasio-Cortez beat her opponent with a strong grassroots campaign even though he raised nearly 10 times more money than her during the primary campaign. What’s more, Crowley is currently the fourth-highest ranking Democrat in the House and has never had an opponent during his 14-year Congressional career. Ocasio-Cortez’s win shows both Democrats and Republicans that there may be bigger changes during this year’s midterm elections than anyone may have first imagined.

Ocasio-Cortez may be the most left-leaning candidate in the country, running on a platform of universal health care, a federal jobs guarantee and the abolition of ICE among her goals. During her victory speech last night, the activist and former Bernie Sanders organizer thanked the district’s primarily Latinx community for their trust in her vision for America.

Ocasio-Cortez’s political ascent has been swift. The daughter of Puerto Rican-Americans (her mother immigrated from the island and her father was born in the Bronx), she attended Boston University before working in the office of Sen. Ted Kennedy of Massachusetts. Once her time in Boston came to an end, she headed back to the Bronx, working as a community organizer, teacher, and even restaurant server before eventually joining the Sanders team in 2016.

Her bid for the 14th District started in full force last year, with the goal of speaking in person with every constituent she could. Her opponent was lambasted in the media for avoiding a debate with Ocasio-Cortez and failed to show up for a number of community events — something the grassroots campaign ran with.

“Young people … communities of color, people who speak English as a second language, working-class people, people with two jobs that are usually too ‘busy’ to vote,” Ocasio-Cortez told CNN were her primary concerns during her door-knocking campaign. “When people feel like they are being spoken directly to, I do feel like … they’ll do things like turn out in an off-year, mid-year primary.”

Shortly after her win was announced, local New York news channel NY1 asked Ocasio-Cortez about her seemingly radical stance on the issues and whether that may hurt her chances at winning the election come November. Remaining steadfast in her beliefs, the candidate said, “I think what we’ve seen is that working-class Americans want a clear champion and there is nothing radical about moral clarity in 2018.”