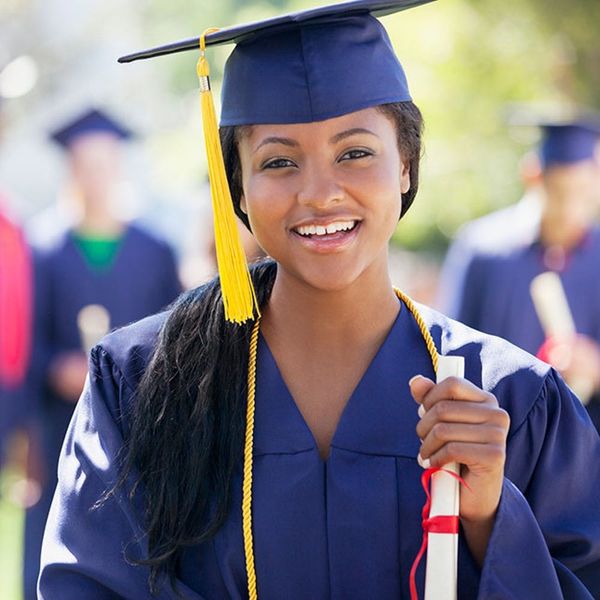 With an estimated 76 million 18- to 34-year-olds in the United States, it’s bizarre to think that there isn’t an organization dedicated to making sure their voices are heard. But that’s exactly why, in 2016, Ben Brown founded the Association of Young Americans (AYA), the first ever youth membership-based lobbying power. As a non-partisan organization, the group is dedicated to bringing the concerns of young people to the government. And, in April of 2018, 30-year-old Ally Bernstein was named AYA’s first head lobbyist.

Bernstein graduated from Pace University School of Law in 2013 and sought out a job in government relations. Due to her work in low-income schools, Bernstein became passionate about education and knew that she wanted to work in policy rather than in the courts as a lawyer. Her interests made her a perfect fit for AYA’s focus on the higher education system, specifically surrounding student debt.

Bernstein believes that AYA is making it easy for young people to take action, whether in the form of a tweet, sending a letter to Congress, or attending a meeting.

“As [young people], we don’t want to sit by and watch politicians make policy that affects us. We need to be the ones telling them what these policies should look like,” says Bernstein. “AYA’s message is that we support and urge Congress to continue investing in programs that make college more affordable.”

She recently went to Capitol Hill to introduce AYA to legislators and establish relationships with members of relevant committees. But for young Americans who are new to this game, what exactly is a lobbyist?

Meet your new✊LOBBYIST✊Ally Bernstein! Ally will be working on behalf of YOU every day to fight for student debt relief and higher ed reform.👩‍🎓More info via link in bio!

Bernstein specifically works on the budget and appropriations process, meaning that she lobbies to ensure that the federal programs that make college more affordable still get the funding that they deserve. These programs vary from health funding to investments for first-generation students to public student loan forgiveness programs and more.

With a current total of 8,000 members, AYA has sent a total of 3,000 letters to Capitol Hill, which Bernstein believes is the beginning of a great track record. She’s positive that at this rate, AYA could eventually represent all 76 million American young adults.

But Bernstein acknowledges that there are young people who aren’t prepared when it comes to civic engagement, and she believes it’s due to the lack of civics education programs in schools. This brings Bernstein’s work and passion for education full circle.

“The stigma that young people don’t care about politics is proving untrue. I encourage all schools to prepare their kids adequately about why their voice matters so when they reach 18 and want to join organizations, they are already willing and able to really effect change.”

What do you think of AYA and Bernstein’s work? Let us know @BritandCo!

Natalie Zisa
Natalie Zisa is a freelance writer based in New York City. When she's not writing about inspiring women, she's pursuing dance professionally. Otherwise, you can find her searching for free fitness classes, lip syncing to her favorite Italian music, and enjoying her mom's homemade pizza. If she could interview one person, it would be Chelsea Handler.
Ladies First
Empowerment
Ladies First