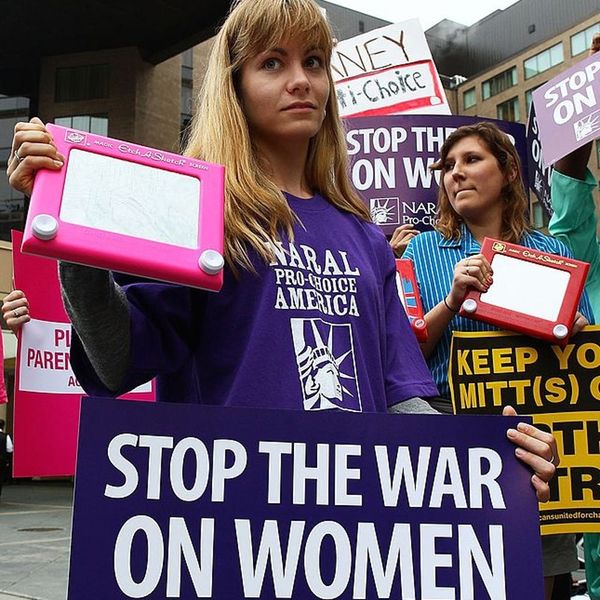 Every year, the Population Institute issues a report card on reproductive health and rights. Given all the recent hullabaloo over the Heartbeat Bill controversy, Texas’s choice to defund Planned Parenthood and more upsetting losses in the area of women’s right this past year, we weren’t expecting America to get an A+ by any means, but we certainly weren’t expecting the grade we did receive.

Publishing its fifth annual 50-state report card, the Population Institute, which describes itself as “an international non-profit that educates policymakers and the public about population, and seeks to promote universal access to family planning information, education, and services,” gave the United States a less-than-stellar grade of a… D. Eek! That’s barely above failing! And, as if that wasn’t bad enough, 20 (yes, 20!) states, including Wisconsin, Alabama, Texas and Tennessee, actually DID receive a failing mark. Double eek!

The 2016 #RHReportCard is an URGENT CALL TO ACTION for anyone concerned about reproductive health. Learn why at https://t.co/sVfxFOwgP0 pic.twitter.com/4jnb5uee9b

So why did America do so poorly? The institute found that “the status of reproductive health and rights in the US is on a slippery slope that is quickly becoming a free fall.” Basing its score on four key factors — effectiveness, prevention, affordability and access — the United States received poor marks for reasons which include the fact that pregnancy rates are “higher than any other developed country,” nearly half of all pregnancies are unintended, family planning clinics are being shut down and because “the general atmosphere around reproductive health and rights has continued to be extremely hostile across the US.”

All hope is not lost, however, as five states did receive top marks: California, New Mexico, Oregon and Washington all scored an A+, while New Jersey got an equally impressive A.

Perhaps the rest of the country could learn a thing or two from the best in class, hmmm? (That includes you, New York! We’ll be expecting better than a B for 2017!).

What do you make of America’s D grade? Tweet us @BritandCo.