Why Many Women Are Livid About Ohio’s “Heartbeat Bill” 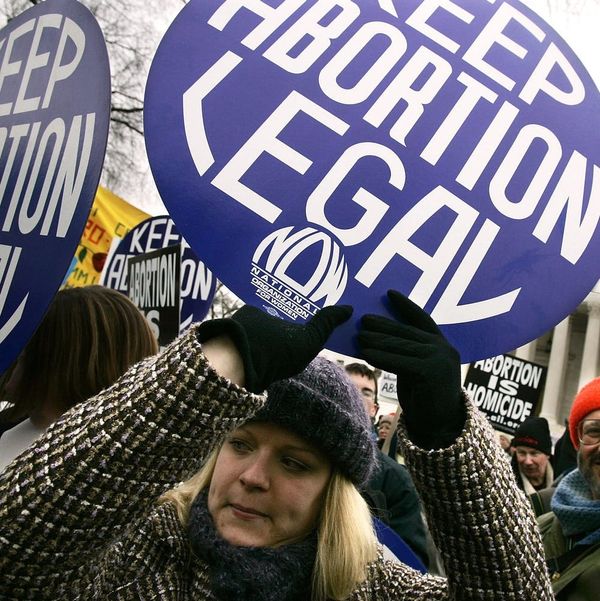 It seems like 2016 has no plans of stopping its train of terrible everything, and we’re really hoping this means 2017 will actually be the best year ever. We watched as Americans elected Donald Trump last month, and although we’ve been optimistic due to all the awesome things we can do to support organizations that will help keep marginalized people safe, his election has emboldened hate groups and legislators to come forward with ideas that can and will hurt people. Take the state of Ohio, which, because of Trump’s election, has re-tabled a bill to essentially make abortions illegal in their state.

Governor and former Republican presidential nominee Bill Kasich was able to secure the passing of his bill, dubbed the “heartbeat bill” late Tuesday night, which he re-tabled due to Trump’s promise to stack the Supreme Court with anti-abortion judges. The bill effectively bans abortion after six weeks, which is the absolute earliest a heartbeat can be detected when a woman becomes pregnant.

The scary thing about this is that many women don’t actually know they are pregnant until they are at eight weeks along, or more. The six-week law is a way of all but banning abortion while doing a bare minimum to uphold Roe V Wade. According to Slate Magazine, Ohio is exercising the part of RvW which “gives states the right to restrict abortion after the fetus can survive outside of the womb, which in the early 1970s was assumed to happen between 24 and 28 weeks. Medical advances since then have pushed back the point of potential viability by several weeks. But a six-week-old fetus is nowhere near viable: It is the size of lentil, and looks something like a very small shrimp.” In other words, the bill is unconstitutional.

Federal courts have struck down similar attempts at laws like the Heartbeat Bill, but with Trump becoming President in the next five weeks, we’re not quite sure how this will play out. Banning abortion makes conditions for women dangerous, as women still need to be able to access this medical service for any number of reasons (no judgements here).

With the dumpster fire that is 2016 coming to an end, we’re hoping that the current sitting Supreme Court will be able to strike down such a dangerous bill before anything drastic changes in who’s sitting on the bench.

Have you ever been denied medical services? Tell us @BritandCo!