Exclusive: We Solved the Debate About How Amy Schumer Met Her New Boyfriend 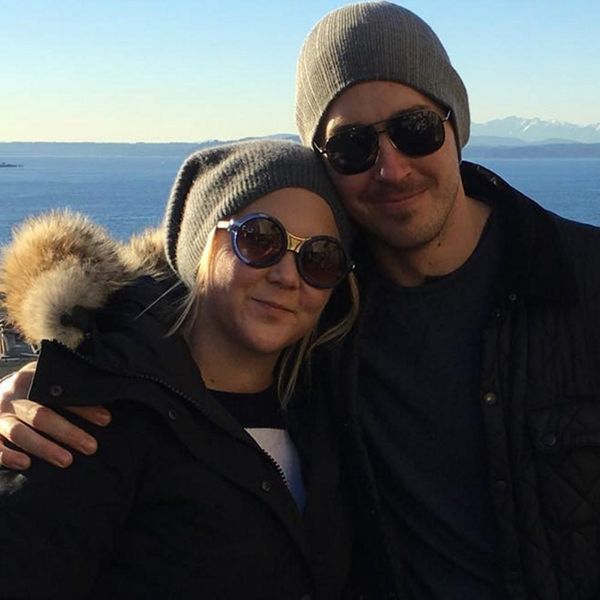 If you need another reason to be jealous of Amy Schumer’s life, we’ve got some news for you. Aside from becoming Jennifer Lawrence’s BFF, winning an Emmy Award and becoming the unofficial spokesperson for the modern day lady, Amy now also has a super good looking boyfriend who also happens to be a custom furniture maker.

Amy’s new beau Ben Hanisch is a maker. That’s right, he’s the founder of his own custom-furniture company The Last Workshop. As if that wasn’t swoon-worthy enough, he also only uses 100 percent US-sourced materials to help the environment. Is this guy a real life version of Sex and the City’s Aiden or what?!

An insider source and college acquaintance of Ben confirmed to us that Ben and Amy met on the dating app Raya. Commonly referred to as the “Tinder for famous people” Raya isn’t only for celebs, but it is quite exclusive. To be accepted you need to be involved in a creative industry and have a prominent following on social media – AKA your Instagrams need to be blowing up with likes.

It’s always a little surprising to see celebs on dating apps (like when we found Hilary Duff on Tinder), but hey, why shouldn’t they be? During Amy Schumer’s Comedy Central standup special, she spoke about being on a dating app and how people typically respond. She tells the audience, “People are like, ‘Oh my God, that’s so fucking sad. And you’re like, ‘You’re right, I should die alone.'”

According to our insider scoop, it looks like Amy Schumer’s romantic dates are pretty much just as epic as her outings with J. Law. Apparently, the new couple recently were in Nashville together where they rented Ferraris and cruised around.

All the buzz might be super intimidating to some new couples, but it seems as though Bamy (that’s the couple name we’re giving the two) is taking all the attention in stride. Ben shared a photo of the two of them alongside the sweet sentiment, “Sometimes in life you get extremely lucky and the smartest, funniest, most beautiful woman comes along when you least expect it. Here’s to what adventures 2016 brings!”

IAS season 5 got picked up! And my boyfriend and I got engaged and married and had a baby and he cheated on me with the nanny! Entertainment

And, of course, Amy responded to the news with some sharp comedic wit. See above. Never change Amy, never change.

Update: New reports circulated on the evening of Wednesday, January 6 that Amy Schumer and Ben Hanish met on dating app Bumble, but Amy was quick to shut down those rumors:

Please let the record show I have never in my life been on bumble.

#tbt me and my date to the globes #roadmanager my bf will be there too who I repeat I did NOT meet on bumble. pic.twitter.com/7kdlrgK2wx

We hear you, girl. (PS: Still looking for our Raya reference…)

Cortney Clift
Cortney is the senior writer and special projects editor at Brit + Co. She typically covers topics related to women's issues, politics, and lifestyle. When she's not buried behind her computer you'll find her exploring New York City or planning her next big adventure.
Relationships
More From Relationships