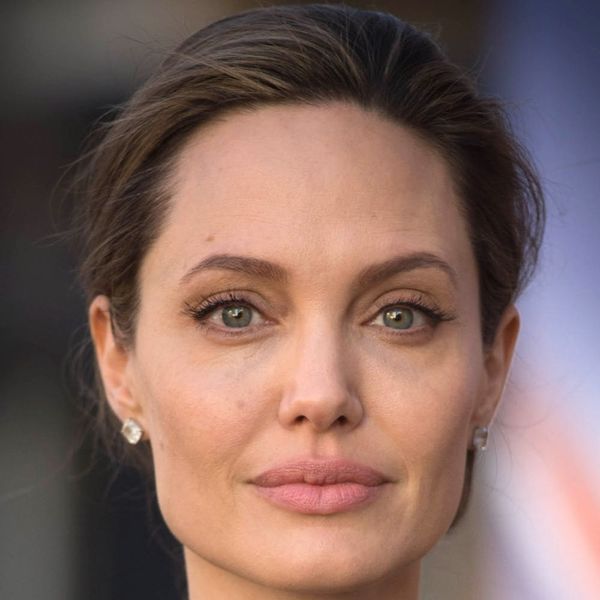 Some women (Demi Lovato included!) are perfectly content being single. There’s certainly a strong case to be made for the relationship status, including scientific evidence that independence can actually be beneficial to your health. Angelina Jolie, however, is not one of those women.

In fact, as the mother of six revealed to the UK’s Telegraph, it’s not something she would have chosen for herself. “It’s been difficult. I don’t enjoy being single. It’s not something I wanted.”

She continued on by adding, “There’s nothing nice about it. It’s just hard. Sometimes maybe I am pulling it all together, but really I am just trying to get through my days,” she admitted. “Emotionally, it’s been a very difficult year.”

To be fair, the 42-year-old has a lot on her plate for one person to handle. In addition to her large family and professional life, which currently includes promotion for her new film, First They Killed My Father, which she co-wrote, produced, AND directed, there’s also her health issues: The By the Sea actress has had a rough go of things in recent years, undergoing a double mastectomy in 2013, ovary removal in 2015, and most recently, revealing a Bell’s Palsy diagnosis.

“My health is something I have to monitor,” she told the outlet. “Sometimes I feel like my body has taken a hit, but I try to laugh as much as possible.”

She’s also trying to work on several other things within. “I think now I need to rediscover a little bit of the old me,” she mused. “I think we lose our way a bit. I have had a lot happen in my life, from certain people passing to health issues to raising the children. And it’s been a very good time to absorb and develop and grow.”

Now that they’re getting older, however, she’s focusing on herself even more, adding, “Maybe I am going back. It may be time.”

Are you shocked by Angie’s uber-truthful revelations? Tell us over @BritandCo.

Nicole Briese
Nicole is the weekend editor for Brit + Co who loves bringing you all the latest buzz. When she's not busy typing away into the wee hours, you can usually find her canoodling with her fur babies, rooting around in a bookstore, or rocking out at a concert of some sort (Guns N' Roses forever!). Check out all her latest musings and past work at nicolebjean.com.
Celebrities
Celebrity News
Celebrities Celebrity Breakups love
More From Celebrity News