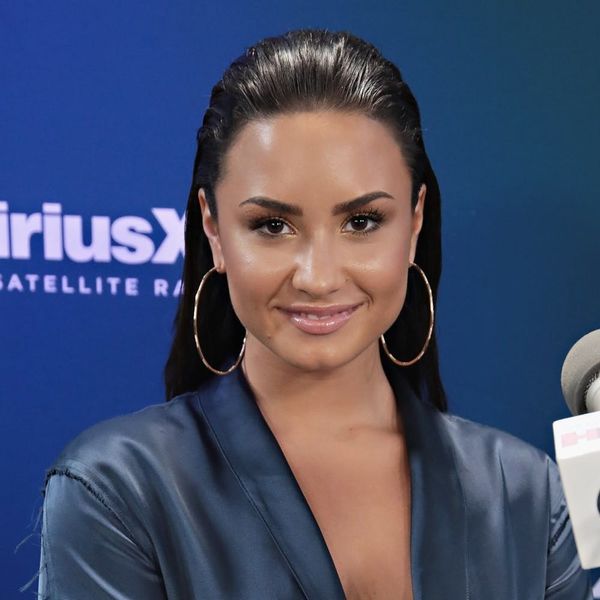 Don’t get us wrong: We LOVE being in a relationship. But as Demi Lovato just reminded us all, being single doesn’t have to be a curse (in fact, science says it’s better for your health). As she told Sirius XM on Thursday, it can actually be a really important time for your own personal development. She would know: For the first time in her life, girl is experiencing what it’s like to be truly and completely on her own.

Having broken up with now ex-boyfriend, Guilherme “Bomba’ Vasconcelos, the “Sorry Not Sorry” singer says for her, this summer has been all about independence. “I have been enjoying being independent and living on my own, and just trying to navigate through adult life,” she shared.

As you’ll recall, prior to dating Vasconcelos, the 24-year-old was in a long-term relationship with Wilmer Valderrama, which lasted for nearly six years. “I’ve always gone from relationship to relationship or fling to fling or whatever, like I’ve always had somebody in my life,” she explained.

Now, she’s flying solo, and while she says it’s been an adjustment (“and I’m like oh my God, what do I do? How do I sit alone at night?”), it’s also been an incredibly powerful experience. “For the first time I’m not dating anybody… I’m learning how to be comfortable with being alone, and I think that’s the most important thing that you can do for yourself, especially as a woman — to find your independence.” Hear, hear!

Since she’s human, she does have her weak moments, telling the radio hosts that she’s particularly vulnerable at night. “I like to have somebody there especially at night time.” Her pals help her through those times, though, with the singer saying,“I hang out with my friends and they fill that void for me.”

Those pals include Valderrama, whom she’s still close with — the pair actually reunited for a pal’s BBQ back in June. And if all else fails? “I’ve got the pups and I also have 24-hour security.”

Check out her interview in full below!

What do you think about Demi’s dating outlook? Tell us over @BritandCo.

Nicole Briese
Nicole is the weekend editor for Brit + Co who loves bringing you all the latest buzz. When she's not busy typing away into the wee hours, you can usually find her canoodling with her fur babies, rooting around in a bookstore, or rocking out at a concert of some sort (Guns N' Roses forever!). Check out all her latest musings and past work at nicolebjean.com.
Dating
Celebrity News
Dating love
More From Celebrity News