Anne Hathaway, Chrissy Teigen, and Other Celebs Are Speaking Out About Immigrant Children Being Separated from Parents at the US Border 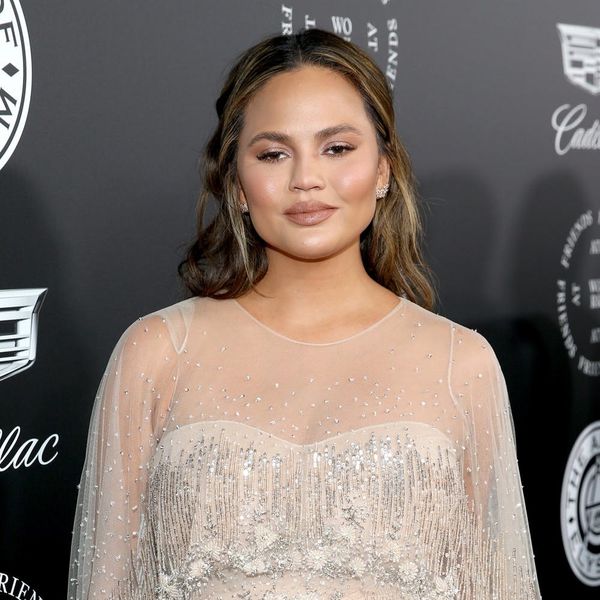 As families continue to be forcibly separated at the border, with figures from the Department of Homeland Security showing that 1,995 children were separated from 1,940 adults over the six-week period between April 19 and May 31, celebrities like Anne Hathaway and Chrissy Teigen are speaking out.

Teigen took to Twitter to share The Daily News‘ cover image of a two-year-old girl being taken from her mother by US border agents, with the star writing, “this little girl is the same age as my daughter. luna is the happiest thing. the funniest girl. and she is absolutely terrified to look around and realize she is too far away from us, even for seconds. the fear she would feel here fills me with rage and sadness.”

That’s why Teigen and her husband, John Legend, were among the first stars to step up, with the new mother of two revealing that the couple (and their children) had donated $72,000 each to the American Civil Liberties Union (ACLU) to help “defend the rights and humanity of these vulnerable families.”

“John and I are outraged to see and hear the horror stories of immigrant families seeking asylum and refuge in America being ripped apart due to the inhumane policies of the Trump administration,” she wrote.

She continued, “These actions are cruel, antifamily and go against everything we believe this country should represent. The ACLU is committed to defending the rights and humanity of these vulnerable families. In addition to fighting for immigrants’ rights, they’re advocating for reproduction rights, voting rights, criminal justice reform, LGBT rights, 1st amendment rights, and hold the Trump administration accountable whenever possible.”

Anne Hathaway took to Instagram on Father’s Day to share her thoughts too. She explained that her dad taught her to try to make the world a better place, adding, “My Dad and I — not to mention my entire family — are disgusted and rocked to our core by the current administration’s shocking decision to separate asylum seeking immigrant families, the consequence of which is creating orphans with living parents.”

She continued to say that in appreciation of her father, “and in honor of all the fathers torn from their children because of this brutal policy,” she was making a donation to Americans for Immigrant Justice and invited her followers to do the same.

Regardless of party or opinions, certain things need to be non-negotiable to all humans.

A non-negotiable? We do NOT rip BABIES from their mothers’ arms to put numbers on their chests like the Nazis did during the Holocaust, & then throw them in cages. NO. https://t.co/Bu0bt5d2aZ

Former Chicago P.D. star Sophia Bush wrote, “CALL YOUR SENATORS. Regardless of party or opinions, certain things need to be non-negotiable to all humans. A non-negotiable? We do NOT rip BABIES from their mothers’ arms to put numbers on their chests like the Nazis did during the Holocaust, & then throw them in cages. NO.”

Molly Game‘s actress Jessica Chastain voiced her disapproval with a simple question, tweeting, “Are we really such monsters?! #ThisIsAmerica”

Jimmy Kimmel, meanwhile, sent out a call to action, writing, “1) Call your reps at (202) 224-3121- tell them to END the separation of families at the border (ask your Senators to pass the Keep Families Together Act and your House Rep to pass the HELP Separated Children Act). 2) Donate to https://supportkind.org to protect vulnerable children at our border. 3) Use this frame on Facebook with a photo of you and your kids to show that you will not stand for families being ripped apart.”

James Van Der Beek used the announcement of his fifth baby’s arrival to highlight the issue. In an Instagram post that featured his wife, Kimberly Brook, and the couple’s five little ones, he explained that he had spent the last few days enjoying the “privilege” of taking care of his family. Yet at the same time, he admitted that he’s “been heartsick about something.”

“As I write this, kids are being ripped from the arms of their parents. By our government. For the kid’s benefit? No — the opposite — as a purposeful display of cruelty to deter would-be illegal border crossers AND legal asylum seekers (it’s happening to both),” he wrote. “And it wouldn’t be honest to wax poetic about my new-baby bliss without speaking up against this atrocity.”

The actor continued, “If we allow our government to de-humanize fathers, and mothers, and children in the name of defending our borders… we’ve lost a huge part what makes those borders worth defending. And even if you don’t believe in karma, or in extending basic human decency to people who didn’t win the geographic birth lottery… even if you’re hard-liner enough to say, ‘Break the law, suffer the consequences,’ shouldn’t the punishment at least fit the crime?

“And if you’re still cold enough to say, ‘Well, it’s effective,’ consider this: This heinous practice was put into place by our own attorney general (who justified it with a cherry-picked Bible verse), and our president blamed rivals before tweeting his list of legislative demands to be met before he stops it.

“Regardless of how you feel about immigration, or a wall, or this president… if we say we’re okay with our government using human rights violations as a deterrent or as a bargaining chip… what happens when we find ourselves on the wrong side of the agenda? Either in this administration or the next? This should not be a political issue — it’s a human one.”

What do you think about what celebrities have to say about families being separated at the border? Let us know @BritandCo!

Desiree O
Desirée O is a ‘Professional Bohemian’ who loves anything and everything related to the arts, entertainment, and pop culture. She ADORES being a ‘Newsy’ for Brit + Co, covering all of the latest tidbits of awesomeness that you want to read about. When she’s not writing, she’s either making messy art, going on long adventurous walks with her camera, or poking around over at bohemianizm (http://www.bohemianizm.com/). You can find out about Desirée O and her work at http://DesireeO.com/ or follow her on Twitter @DesireeO.
Celebrities
Current Events
Celebrities Chrissy Teigen Controversy Immigration Politics
More From Current Events