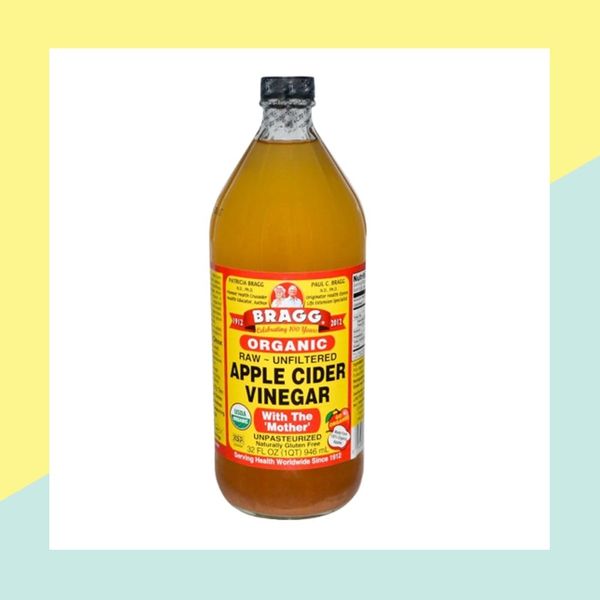 By now, you’ve no doubt heard all about apple cider vinegar, the kitchen staple-slash-cure-all for what ails you. Rumored to be able to help with everything from skin issues to weight loss and immune deficiencies, many have even begun to incorporate it into their daily health and beauty routines.

But how much is it REALLY helping? Self did a deep investigation to ferret out fact from fiction, concluding that it’s probably not as great for you as you think. Most of the too-good-to-be true benefits you’ve been reading about are just that. In fact, when used incorrectly without dilution, it can even be harmful, eroding tooth enamel and leading to death in cases of mass quantity intake. Read on to get the real info.

Claim: “Apple cider can cure warts, moles, and acne.” Sorry to say it, but this isn’t only false — it can be dangerous. One horror story case involved a 14-year-old girl who was left with chemical burns, skin damage, and a fever of 102 after attempting to self-treat a mole with the vinegar. As one of her doctors told Self, “It’s great on your fish and chips, but not so great on your skin.”

Claim: “Apple cider vinegar can cure a cold.” Nope, nope, nope! Though it may act as a disinfectant for your household, it does little to fight a cold, which lives in your respiratory tract. Those germs that the cider is believed to be killing can potentially help to soothe a sore throat, sure, but not the infection. In short? Just like an OTC cold medicine, you’re treating the symptoms and not the cause.

Claim: “Apple cider vinegar can lower your blood sugar.” True! Apparently, the acetic acid in vinegar is powerful enough to block the enzymes in the lower intestine that break down starches into sugar, making it impossible for the body to absorb them as a simple sugar. One to two tablespoons diluted with eight ounces of water and taken during the first bites of a meal can lower sugar spikes between 20 to 40 percent— a huge plus for those with type 2 diabetes. Take caution, however, as those with type 1 diabetes are at risk of hypoglycemia due to the reduction.

Claim: “Apple cider vinegar is effective for weight loss.” Kinda’ true. While a 2009 study did find that drinking a single tablespoon of vinegar diluted in an 8.5 ounce cup of water twice daily led to weight loss of just over four pounds in the study’s obese participants over the course of three months, subjects regained the weight as quickly as four weeks later. It has since been revealed through a separate study in 2014 that the method may be effective “due to poor tolerability following ingestion invoking feelings of nausea,” which “enhances satiety.”

Claim: “Apple cider vinegar takes care of acid reflux and heartburn.” So false. Heartburn is caused by stomach acid that’s ventured into the esophagus, and adding more vinegar as fuel to the fire? Not such a great idea. It didn’t work out for participants in the one unpublished study that gave it a go, and it’s certainly not recommended by docs. According to an internist, the method was “about as practical as using tear gas to treat pink eye.” ‘Nuff said!

Does this change your perception of ACV? Tell us over @BritandCo.

Nicole Briese
Nicole is the weekend editor for Brit + Co who loves bringing you all the latest buzz. When she's not busy typing away into the wee hours, you can usually find her canoodling with her fur babies, rooting around in a bookstore, or rocking out at a concert of some sort (Guns N' Roses forever!). Check out all her latest musings and past work at nicolebjean.com.
Healthy Living
Health
Healthy Living
More From Health