Before the Apple Watch: A Brief History 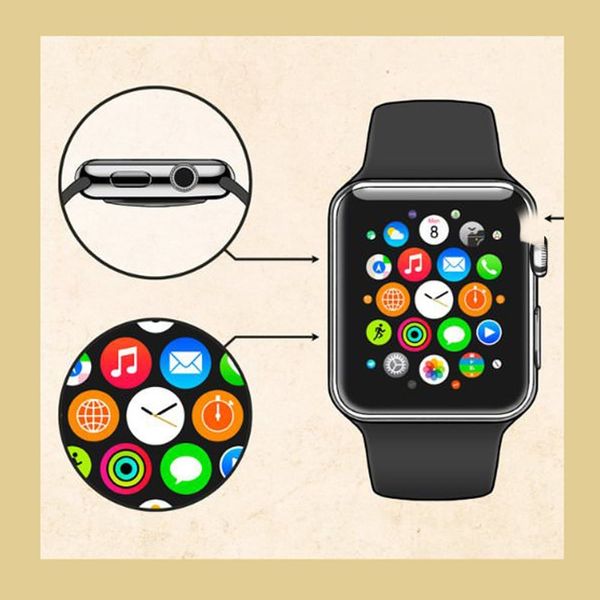 Remember back in the day when the only thing your watch could tell you was the time? No phone calls. No GPS. Nothing. But let’s keep in mind that when watches were in their infancy, these things were really high tech. 8,000 years ago, some brilliant person decided to make sun dials for people’s wrists, and since that first wearable, we’ve been getting techier with time. Over at Mr. Porter, they tracked some of the biggest timepiece advancements in designer history.

1. Watches went from pockets to wrists. In the 17th century, pocket watches were the way to go. But in 1903, wristwatches got a major advance. Wire lugs attached the face to the strap in a whole new, sleek way. Louis Cartier’s watch is known as the world’s first to flaunt this timeless design.

2. The first waterproof watch was luxurious. These days, it’s kind of expected that your watch is waterproof, but Rolex released the first waterproof piece in 1926 — it was called Oyster. To prove it, endurance swimmer Mercedes Gleitze swam the English Channel wearing a gold Rolex around her neck.

3. The pedometers in your fitness gadgets are old news. Pedometers were first counting the steps of President Thomas Jefferson in 1788, but they really picked up steam in 1965.

4. Digital watches were kind of a big deal. In 1969, Seiko unveiled their 35 SQ, which was the first-ever electronic quartz watch. People loved it so much, mechanical watches got old fast. Hamilton’s first LED watch in 1970 was priced at $2,100 — sound familiar, Apple Watch buyers?

5. It’s been a long time coming. It’s hard to look at a “vintage style” digital watch and think, “Wow, that’s pretty high tech,” but at the time, it totally was. 30 years from now, we’ll probably be telling time with wrist implants that glow from under our skin, and we’ll be thinking, “Apple Watch! Who wants to have to wear their electronics? That’s so 2015.”

What’s one old-fashioned watch feature that you love? Let’s talk time in the comments!

Katelan Cunningham
Katelan is a tech junkie obsessing over all things startup and design. She has entirely way too many apps on her phone and is no stranger to binge-watching. She accidentally fell in love in Los Angeles and that’s where she currently lives, writes, tweets and grams.
Apple
Tech
Apple Infographic Watches
More From Tech