Live Blog: What You Need to Know About Today’s Apple Announcement 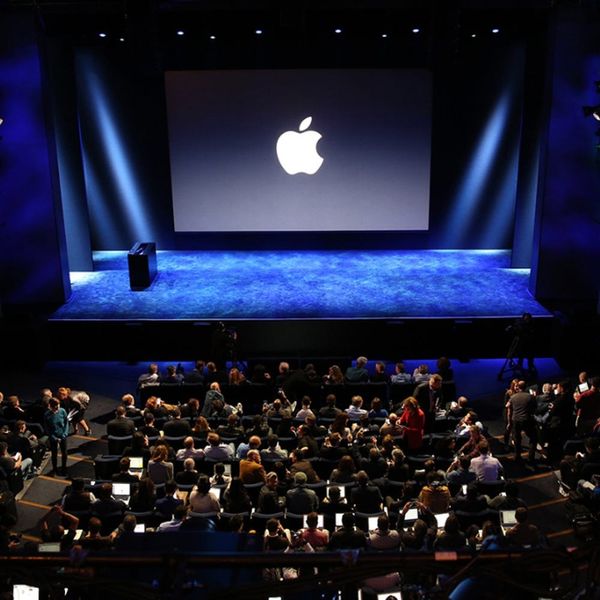 Christmas may come only once a year, but big, shiny, over-the-top Apple events come at least two or three times bearing gifts of the bloggable variety and giving us more gadgets to top our must-have lists. We’ve been talking about the Apple Watch (ps, remember when we were calling it the iWatch, guys? Aw!) since before it was a real thing, and even since it’s official announcement the device has played coy enough to let us keep the Apple Watch rumor mill going. But at today’s Spring Forward Apple event, we’re looking for some Apple Watch answers; how long does the battery last? What will the health features actually be? How much storage are we talking here? Will I ever be able to afford that luxe rose gold arm candy? Follow along to see what’s happening in real time today below!

10:08 am: Apple Watch, Scmapple Watch — Tim Cook kicks off the event with some love for Apple TV. Starting in April, HBO’s standalone streaming service HBO NOW will be available on Apple TV for $14.99 a month. Bonus: Apple TV will now be $69. Roku, be scurred.

10:14 am: Apple Pay update! Tim reports that all of those iPhone 6 users are loving the ability to pay for things with their phone. Apple Pay is now accepted at over 700,000 locations, including 100,000s of vending machines (pretty sweet).

10:15 am: The future car is now with all major car brands working with Apple to deliver CarPlay in your upcoming whip.

10:20 am: Let’s talk about Health, baby. In the last year, medical researchers have been using Apple’s ResearchKit to develop apps focused on serious diseases — Apple’s SVP of Operations Jeff Williams take the stage to talk about how now anyone with an iPhone can contribute to Parkinson’s research.

10:25 am: We’ll cut Tim + Co a little slack for, what David Pogue described as an Apple Event that could have been summed up so far in a press release, for the game-changing way Parkinson’s patients will now be able to connect to their doctors, record symptoms and take tests using their iPhones.

10:35 am: Bai, wearables, time to talk about AN ALL-NEW NEW MACBOOK, which looks pretty damn gorgeous in gold, space gray and silver. The new MacBook weighs two pounds making it the thinnest, lightest laptop (24% thinner than the current MacBook Air) from Apple, who insists it still packs the needed punch of the “full-size Mac experience.” The new MB’s keyboard is getting a major upgrade with more stable keys that actually each have a larger surface area. LED lights under each key gives the keyboard a uniform glow that will make those late-night Netflix-and-work sessions NBD.

10:37 am: That screen tho — each pixel lets more light in so the 12-inch Retina display will use 30% less energy while giving you the same brightness as your current Mac Retina display — sidenote, this is making us pretty excited for battery life.

10:42 am: Say goodbye to the whirring of your current laptop, this will be the first fanless Macbook. The new laptop’s new trackpad is also worth tweeting home about with a novel “Force Touch” that will be able to distinguish between taps and presses of different pressures so you can totally customize it. And — about that battery life — we’re looking at ALL DAY battery, folks.

10:56 am: “I’ve been wanting to do this since I was 5-years-old and now it’s here.” Dick Tracy-style, Tim Cook reveals that you will be able to answer calls from your wrist. For email, your Apple Watch will work a lot like your iPhone’s current notification center letting you archive or mark as read right from its screen. Connect Apple Watch-to-Apple Watch with digital touch. Sketch on your watch and it will animate on your friend’s watch, tap on your watch to poke your bud’s wearable and send your boo your heartbeat. All pretty cool, but a lot of this we already knew. How about those other Apple Watch Qs, Tim?

11:15 am: It’s finally Apple Watch time, and while this is less about breaking announcements and more a demo of the device, it’s exciting to see the wearable in action. Saying “Hey Siri” will unlock an on-call digital personal assistant. Here are a few specific tricks and features the Apple Watch has up its/your sleeve:

– Pull up your boarding bass from Passbook

– Scroll through your feed and double tap fave pics on Instagram

– See lyrics in real-time on the Shazam app

11:18 am: The Apple Watch will have an all-day battery life that lasts 18 hours. Boom. You can charge it by snapping on the magnetic charger to the back of the watch. The Apple Watch app for iPhone is available for download today in iOS 8.2.

11:30 am: Time for the important, must-know specs and dates you need to add to your iCal. In terms of pricing, the Apple Sport will start at $349 and the limited-quantity Edition will cost you upwards of $10,000 (woof). Starting April 10, you’ll be able to pre-order Apple Watch (which starts shipping April 24) and head to a local Apple store to try on and play around with the anticipated wearable.

Are you watching today’s Apple event? Do you want an Apple Watch after hearing what’s up? Share below!