What Pre-Order? These Celebs Already Have an Apple Watch 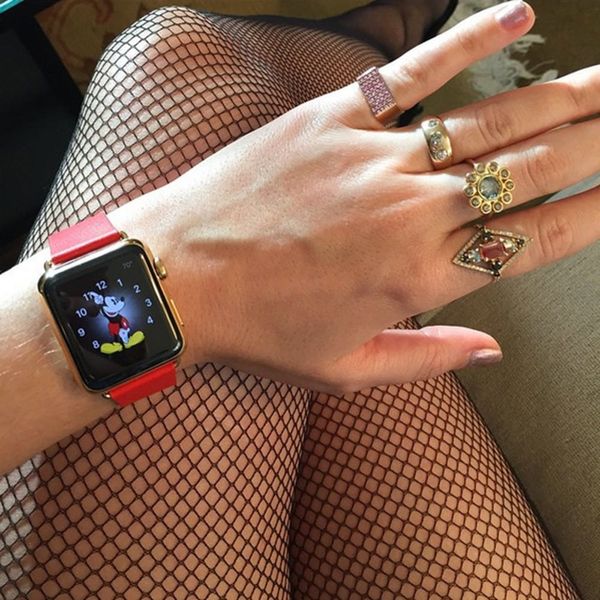 We’re in the first few days of the Apple Watch being available for pre-order — have you put down your hundreds (or thousands) for one yet?! While it’s fun (and a tease) to post a screengrab of your order on social media or daydream how you’re going to personalize the device, some celebs have a leg — err, arm — up on our tech game as they ALREADY have the smartwatch strapped around their wrists. Prep your arm for some Apple Watch lovin’ in a couple short weeks by living vicariously through the wrists of Katy, Pharrell, Drake and more.

1. Katy Perry: We totally agree with you, Katy; Mickey does look mighty fine with all your ring bling.

3. Pharrell Williams: The singer is so happy with his new piece of tech that his only response is “Woah.” Funny, the same thoughts are running through our minds about all that arm candy. Also, it appears Mickey is the Apple Watch face of choice for the Hollywood set. Hmm.

4. Neil Patrick Harris: Looks like NPH may not have been one of the lucky few celebs to snag the device before everyone else as he was spotted trying them on for size at an Apple Store on pre-order day. Or maybe he’s just figuring out which ones to get David, Gideon and Harper.

5. Christy Turlington: The model, featured in the Apple Watch launch video — remember, she’s been using the Watch to train for the London Marathon — is still going strong with her running companion a few weeks out from the big race. Hey Christy, if you don’t find a need for it after the marathon, we’ll totally take it off your hand ;)

Which celebrity looks the best with their Apple Watch? Let us know your thoughts.