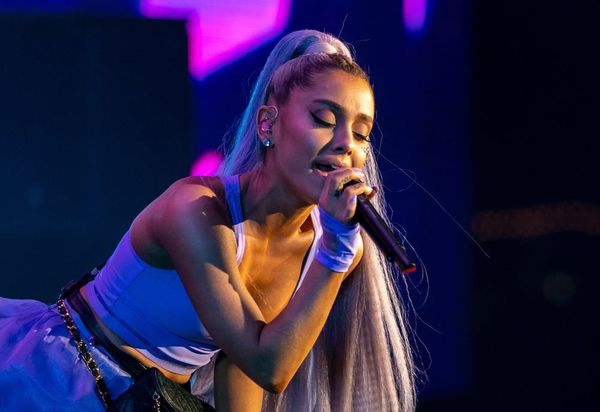 Ariana Grande has been open about how her life and work have affected her mental health over the past few years, and on Thursday, April 11, she shared a medical update showing just how badly she has suffered from PTSD, specifically.

Taking to her Instagram Stories on Thursday, Grande posted scans of a “healthy” brain and a brain experiencing PTSD. Those images were placed next to images of scans she labeled “my brain,” which showed more highlighted areas than either of the other images.

“Hilarious and terrifying,” Grande captioned the Instagram story, making sure to add that the post was “not a joke.”

Fans were understandably concerned, so on Friday, she took to Instagram again to explain the post in more detail. “Didn’t mean to startle anyone with my brain thingy. It just blew me away. I found it informative and interesting and wanted to encourage y’all to make sure you check on your brains / listen to your bodies / take care of yourselves too,” she wrote.

“I love science and seeing the physical reality of what’s going on in there was incredible to me,” she continued. “I mean I feel it all the time, but seeing it is totally different and super cool. Someday, when I’m feeling ready or when I’m more healed up, we can talk about it. I am constantly working on my health / learning how to process pain (aren’t we all). Every day is different but I’m doing my best. Jus know I will continue showing up and giving as much of my energy as I can and do my best even tho my brain looks like the world map.”

Grande didn’t clarify when the scans were taken, but the “Thank U, Next” singer has been through a tumultuous couple of years, beginning with the 2017 attack at her Manchester, UK, concert, which claimed the lives of 22 fans. And in 2018, her ex-boyfriend Mac Miller died of an overdose.

The singer has said she takes care of her mental health through therapy, which has helped her process trauma and “saved [her] life so many times.”

She also recently shared that changing the way she navigates her career has helped her mental health of late. “The first few years of this were really hard on my mental health and energy,” she wrote to fans. “It’s a very dope feeling and has breathed so much air back into my lil lungs. Thank u thank u.”

RELATED: Ariana Grande Opens Up About How Her Approach to New Music Has Helped Her Mental Health