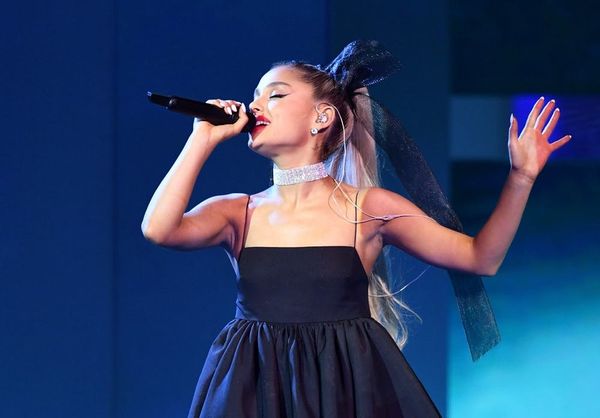 There’s no slowing down Ariana Grande. The singer, who has released two albums within the past year, is already gearing up to drop another new song next week. And while her informal approach to debuting new music is unconventional for major artists, she says it’s been good for her mental health.

On Wednesday, March 27, Grande took to Twitter to reveal that she and singer/songwriter Victoria Monét would be releasing a collaborative new track, to celebrate and capitalize on the momentum of the “Seven Rings” singer’s current chart success. “life too short and too sweet rn,” she tweeted.

The release date was pushed from Thursday to Monday since the song is “not mastered or ready or delivered,” but Grande promised she was putting in late nights to work on the track, and said her new philosophy of releasing music whenever she wants has been hugely beneficial to her mental health.

“it feels sm healthier & sm more authentic & rewarding,” she said. “regardless of the outcome, i prefer this bc it’s real & feels happy. no games. i love music. i love the ppl i make it w. these past few months made me fall in love w this job all over again.”

In December, Grande told Billboard that she was ready to reclaim her career by doing things her way — from touring, to press, to releasing music. “I just want to f***ing talk to my fans and sing and write music and drop it the way these boys do,” she said, pointing out the double standard that often applies to female pop stars. “Why do they get to make records like that and I don’t? So I do and I did and I am, and I will continue to.”

The 25-year-old has made good on her word. In August 2018, she released her fourth album, Sweetener, which was quickly followed by a string of hit singles and another new album, Thank U, Next, in early 2019.

Grande also took to Instagram Stories in a now-deleted post to thank her fans for sticking by her “impulsive” recent releases. “The first few years of this were really hard on my mental health and energy,” she wrote, according to screenshots obtained by The Daily Mail. “But I just feel so much more connected now and yeah… If I feel like I’m able to make special things with my incredible friends quickly, why not share them right away? It’s a very dope feeling and has breathed so much air back into my lil lungs. Thank u thank u.”