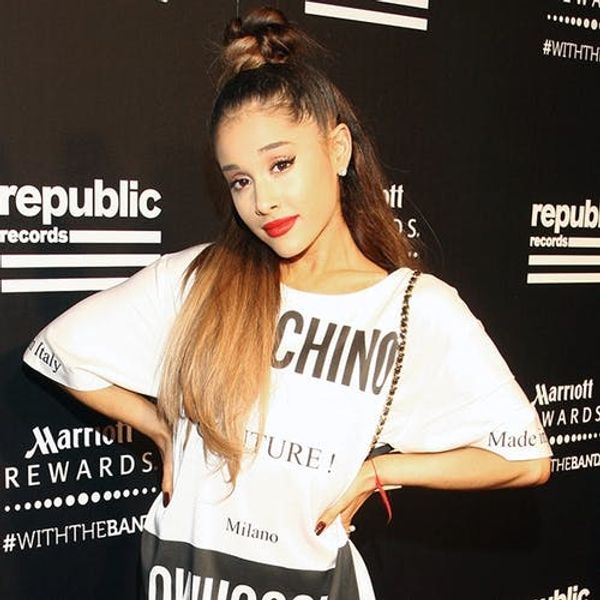 Frankie by Ariana Grande, a gender-inclusive fragrance, was released over the weekend. The scent is named after Ariana’s brother Frankie, who was busy promoting it on his Instagram in time for its launch. Described by Frankie as a fragrance that’s “meant to be enjoyed by ALL,” the perfume has top notes of pear and apricot layered over a woody and musky base.

The bottle this stuff comes in def deserves a front-and-center spot on your vanity — just sayin’. That pom thingy?! So cute. Frankie by Ariana Grande costs $49 and can be purchased online at Ulta.

What are your favorite celeb fragrances? Tweet us @britandco and let us know!