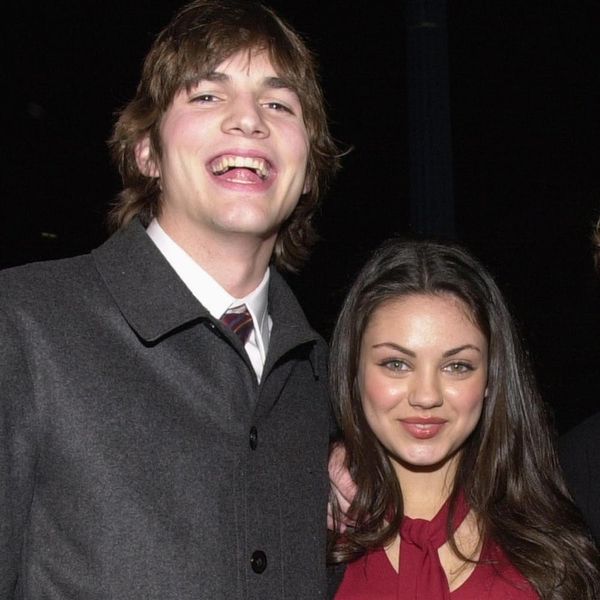 Mila Kunis and Ashton Kutcher have a love story for the ages, and they’re making sure we don’t forget it! The couple, who famously met on the set of their shared show, That ’70s Show, back in the early ’90s, only to reunite and fall in love and wed years later in 2015, just documented their sweet beginnings in a pretty nifty way.

The duo, who rarely share shots of their two children, showed off a nostalgic baby tee that was too cute for words as modeled by their near one-year-old son, Dimitri Kutcher.

The tee features a shot of a young Kunis and Kutcher back in their heyday as Michael Kelso and Jackie Burkhart, and we can’t help but recall the the scene, which saw the pair critiquing the girls around them in an ill-fated attempt to remain platonic.

“Yes, this Is my son’s outfit today,” the 39-year-old captioned his Instagram pic, adding the hashtags #that70sshow #kelsoandjackieforever.” Our hearts!

Fans were definitely loving the outfit, leaving comments like “Cutest thing I’ve ever seen” and “The feelsss on this. I was one of you[r] original fans. Jackie and Kelso forever.” Jackie and Kelso, forever indeed.

What do you think about Dimitri Kutcher’s That ‘70s Show T-shirt? Let us know @BritandCo!

Desiree O
Desirée O is a ‘Professional Bohemian’ who loves anything and everything related to the arts, entertainment, and pop culture. She ADORES being a ‘Newsy’ for Brit + Co, covering all of the latest tidbits of awesomeness that you want to read about. When she’s not writing, she’s either making messy art, going on long adventurous walks with her camera, or poking around over at bohemianizm (http://www.bohemianizm.com/). You can find out about Desirée O and her work at http://DesireeO.com/ or follow her on Twitter @DesireeO.
Celebrities
Celebrity News
Celebrities Celebrity Baby Nostalgia TV
More From Celebrity News