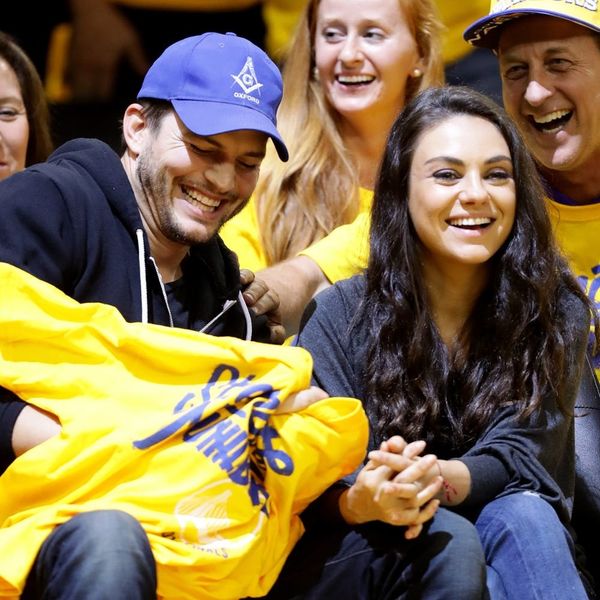 We were well aware that Mila Kunis shot down Ashton Kutcher’s first suggestion when it came to naming their baby boy (which may have been a good move, TBH), but now we’re learning that there was a second name in the running.

“We were set on Walt, like Walt Disney,” Kutcher revealed to listeners of On Air With Ryan Seacrest. The proud papa to baby Dimitri and two-year-old Wyatt (Walt and Wyatt? C’mon!), added, “No Walter, just Walt, but then it changed last minute.”

He continued with a few deets he’s previously shared, saying, “We were driving in the car and Mila turns to me and she’s like, ‘I don’t think that our son’s name is Walt. I think it’s Dimitri and also I think that Donald Trump is going to be the next president.’ I had missed the whole name thing, because I was like, ‘What are you talking about? Trump is not going to be president.’ Then like two days later I remembered that she said it and I was like, ‘I think you’re right about the name.’”

Kutcher and Kunis obviously have their hands full with the kids, but they found some time recently to pop up on The Bachelorette to help Rachel Lindsay run her fellas through a “husband material” obstacle course challenge. Think: changing a diaper, wrangling a BabyBjörn, vacuuming, and setting a table.

“We went on our own one-on-one and just decided to have our one-on-one be on The Bachelorette,” Kutcher told Seacrest. “We were watching last season and this Rachel girl was so dope that we were like, ‘She’s amazing,’ and we want to support Rachel’s quest for love.”

Yep, that’s right. Kutcher and Kunis watch The Bachelor and The Bachelorette just like the rest of us and even root for their faves. Though, being super famous celebs, they also got the chance to appear on the series in order to show their support.

What do you think about the fact that Ashton Kutcher and Mila Kunis almost named their baby boy Walt? Let us know @BritandCo!