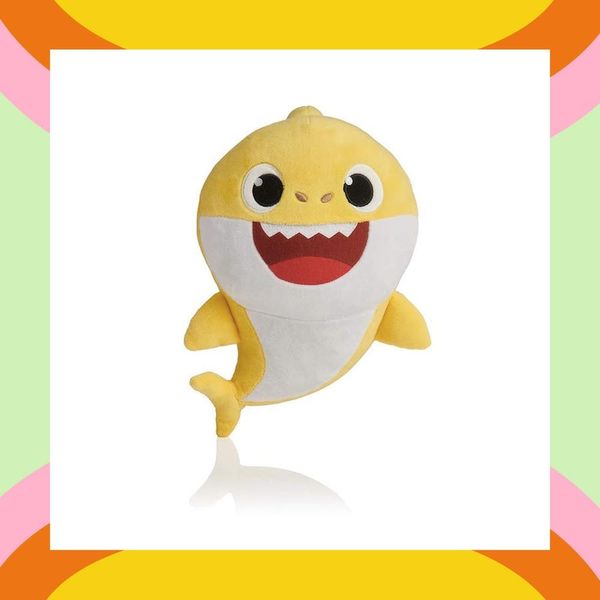 No one can escape “Baby Shark.” If you have kids (or you just pay attention to the internet) you’ve probably heard of a YouTube video from 2016 called “Baby Shark Dance” which has become a viral sensation with a Netflix series reportedly in the works. In a nutshell, the video is two kids singing, “Baby shark/Doo doo doo doo doo doo” with verses about Mommy Shark and Daddy Shark (doo doo doo doo doo doo.) And kids — and adults — are obsessed with it. Indulge your kid’s fixation on the Baby Shark craze with some of these adorable, shark-themed clothing, toys, and decor.

There’s no better way to indulge in Baby Shark mania then giving your child an actual Baby Shark. This plushie doll is an official yellow Baby Shark, just like the one in the YouTube video.

These bodysuits are just what your own Baby Shark needs to look irresistibly cute. This two-pack of onesies comes with one solid color suit and one with adorable, screen-printed sharks.

Your kid can reenact their own version of Baby Shark at every bath time with these tub toys. This set features a little shark for them to call their own and all other kinds of sea creatures besides.

Even nap time can be an opportunity to celebrate Baby Shark. This shark-shaped blanket also makes a great sleeping bag for sleepovers.

Your child will really be making waves in this set. The three-piece set comes with shorts, a onesie, and coveralls adorned with sweet sharks.

Wrap your baby in this soft, warm fleece blanket covered with little sharks. While they’re drifting off to dreamland, try singing a lullaby version of the viral song.

This number game improves math and social skills for older kids, while also being a fun way to pass an afternoon.

Kids can create their own colorful sharks in this fun book. (It’s also a great way to relax for Baby Shark-obsessed adults.)

This fierce shark top has a little fin on the back for your own little Baby Shark. The fun details make it great for playtime.

Baby Sharks need to stay hydrated. This water bottle has a useful straw so your kid can use it with ease — and yes, it’s decorated with tiny sharks.

This compilation has 17 catchy songs — there are some other animal-themed tunes, but it also includes “Baby Shark” and “Baby Shark Dance (Remix).” Because is there such a thing as too much Baby Shark?
Andrea Romano
Andrea Romano is a freelance writer and video editor in New York. She has worked for several publications, including Mashable, Travel + Leisure, and Bustle, as well as Brit + Co. She received her BA in Theater from the University of Northern Colorado and a Master’s degree in Media Studies and Film from The New School. When she is not working, she is writing sketch comedy and storytelling through The People's Improv Theatre and loves to knit and play music.
Gifts
Gifts
Gifts Goods New Parents Parenting
More From Gifts