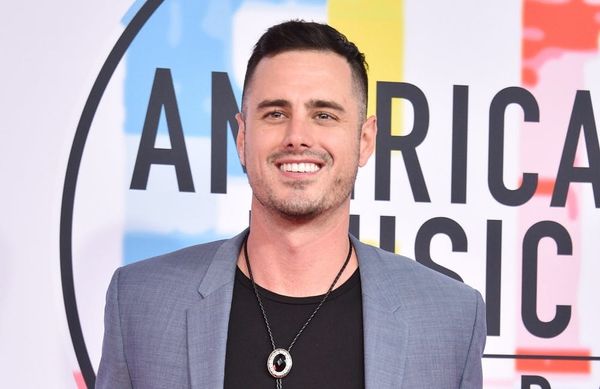 This might be the year that Ben Higgins finally gets his happily-ever-after. The fan-favorite, who has tried to find love on The Bachelorette, The Bachelor, and TheBachelor Winter Games, just revealed that he’s dating someone new.

“I was just telling someone the other day, I’ve started dating again,” Higgins said while chatting with the current Bachelor, Colton Underwood, during the January 14 episode of The Ben and Ashley I. Almost Famous podcast. “This is big news, right? I am dating.”

He then clarified that he’s “dating one person” in particular. And although he didn’t reveal her identity on Monday’s episode, he said he’d talk about her “in a couple of weeks on the podcast.”

For now, he would only say that the woman in question is long-distance. “So we FaceTime a lot, and it feels very similar [to dating on The Bachelor] because we don’t get time together,” he explained. “It’s very intentional. It’s very focused. And if we’re going to spend any time with each other, it’s going to be in conversation. … She’s, like, the best, purest person I know, so a lot of those conversations are about our lives.”

Higgins’ televised search for love began during Kaitlyn Bristowe’s season of The Bachelorette in 2015. After finishing third behind Nick Viall and Shawn Booth, he became the season 20 star of The Bachelor and ended up engaged to Lauren Bushnell. The two had their own Freeform show, Ben & Lauren: Happily Ever After?, before they split in May 2017.

The next year, Higgins appeared on The Bachelor Winter Games, only to leave early (by choice). “I realize that I was ready to find somebody, but that person wasn’t here on Winter Games,” he later told People. “I went to talk to Chris [Harrison], who’s a friend of mine and who I knew would understand where I’m coming from, and he and I both agreed that this isn’t the place for me anymore. It was right for me to go, and I think looking back it was the right time for me to leave.”

He added, though, that he was “ready to date” and “excited about the possibility of a relationship.”

Are you hoping Ben Higgins finds love on or offscreen? Let us know @BritandCo!

Desiree O
Desirée O is a ‘Professional Bohemian’ who loves anything and everything related to the arts, entertainment, and pop culture. She ADORES being a ‘Newsy’ for Brit + Co, covering all of the latest tidbits of awesomeness that you want to read about. When she’s not writing, she’s either making messy art, going on long adventurous walks with her camera, or poking around over at bohemianizm (http://www.bohemianizm.com/). You can find out about Desirée O and her work at http://DesireeO.com/ or follow her on Twitter @DesireeO.
Celebrity
Celebrity News
Celebrity Celebrity Couples The Bachelor
More From Celebrity News