Bachelor Ben Higgins Opens Up About His Split from Lauren Bushnell 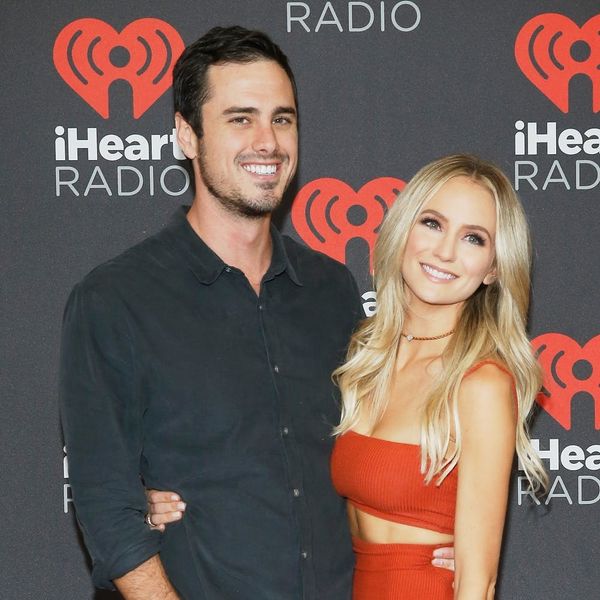 When the Bachelor’s Ben Higgins called off his wedding to Lauren Bushnell last fall, fans were still hopeful that this was just a temporary (yet totally sad) situation. But when news broke this week that the two have finally ended their engagement, #BachelorNation let out a collective forlorn sigh while crossing the duo off of the list of Bachelor and Bachelorette success stories. Now, just two days later, Higgins has opened up about his split from Bushnell and revealed what led to their final breakup.

“Just to be as politically correct as possible and to also be as truthful as possible, Lauren will always be one of my best friends,” the 29-year-old said while chatting about the end of his relationship on his new podcast, Ben and Ashley: Almost Famous (co-hosted with fellow Bachelor alum Ashley Iaconetti) which launches on May 23. E! nabbed an exclusive clip where Higgins explained, “It’s [a relationship] where I learned a lot about myself; I think she learned a lot about herself. Obviously, she knows me better than anybody else that has gone through this experience, and really probably anybody else in the world. It’s tough.” No doubt. But breaking up hasn’t been the only tough part.

Our God is alive, he has risen! From our hearts we wish you the most hope filled Easter! Celebrate well because we are loved. #monthofhope #happyeaster

“I think mutually Lauren and I saw that life was getting more difficult,” the reality star continued. “I would say the joy that we felt toward our relationship at the beginning was — for some reason — slipping away, and we were both working very hard to bring that joy back. And it just never seemed to get there.” Perhaps without the thrill of the cameras and extravagant dates, their relationship just lacked that extra spark they’d experienced in the beginning.

One of the many perks to hosting Disney's Fairytale Weddings @disneyweddings is seeing the park and sun rise at the same time! #DisneyWeddingsTv

But he’s hopeful for the future, admitting, “I am a little confused, a little lost, but I’m doing alright. Life is going to be good and I know that from past experiences, any type of brokenness… often times those situations can be turned into be a beautiful thing. I think that’s what’s going to happen here and that’s what I’m confident in today… I believe that Lauren and I both will come out of this with a whole new season that is going to be very good for the both of us.” Though he likely just means a new chapter of his life, use of the word “season” is a little interesting.

We’ll just have to wait and see if Higgins and Bushnell pop up in any future seasons of the ever-popular reality series. It’s probably a safe bet to say at least one of them will be moving on by making an appearance on the newest (and weirdest) Bachelor spinoff.

What do you think about Ben Higgins’ comments about his breakup with Lauren Bushnell? Let us know @BritandCo!