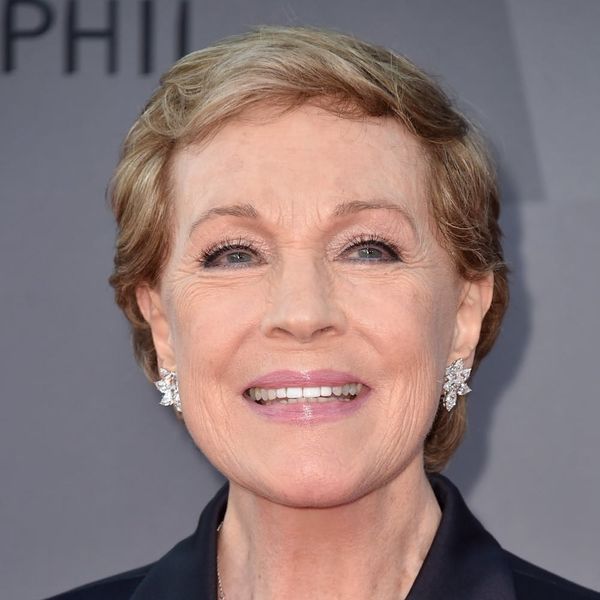 Disney has had its hands full as of late, with (count ‘em!) 16 live-action movies to speak of. While fans of the iconic films are, for the most part, unbelievably excited (the just-released Beauty and the Beast is expected to make between $120-$140 million in its first weekend alone), others haven’t been quite so sure about messing with the beloved classics. Angela Lansbury’s reaction to the remake of the Beast film she played a part in back in 1991, for instance, was less than overjoyed. “I was taken aback a bit,” she admitted after hearing the news. “I thought, ‘Why? Why are we doing this over again?”

Now, another of Disney’s original film stars, Julie Andrews, has weighed in with her thoughts about having Emily Blunt take her place in the sequel to Mary Poppins, but Andrews’ outlook was far more sunny (as if we’d expect anything else — she’s Julie freaking Andrews!).

“Emily Blunt is going to be Mary Poppins and I am a great fan,” the legendary actress recently told ET. “I think she is terrific and a perfect pick.”

Here is the first glimpse of Golden Globe® winner Emily Blunt as Mary Poppins in “Mary Poppins Returns,” the all new sequel to Disney’s 1964 film “Mary Poppins," opening in US theatres December 25, 2018.

After getting our first glimpse at Blunt in the role, we’re certainly inclined to agree.

Andrews isn’t worried that the film will take away from her own 1964 original, either. After all, as the 81-year-old screen queen pointed out, “It is not a remake of the old Mary Poppins. It is making all the rest of the stories that Walt Disney had stored in his vaults and now they have a completely new Mary Poppins story,” she said.

While the OG Mary sadly won’t be making an appearance in Mary Poppins Returns, which is slated for release in 2018, we CAN expect to see her fellow co-star, Dick Van Dyke, pop up as what ET reports will be “the son of a greedy banker.”

We can also look forward to catching her in her very own Netflix show, Julie’s Greenroom, and perhaps later, Princess Diaries 3 (oh please, oh please!)?

What are YOUR thoughts on Emily Blunt as Mary? Share with us @BritandCo.

Nicole Briese
Nicole is the weekend editor for Brit + Co who loves bringing you all the latest buzz. When she's not busy typing away into the wee hours, you can usually find her canoodling with her fur babies, rooting around in a bookstore, or rocking out at a concert of some sort (Guns N' Roses forever!). Check out all her latest musings and past work at nicolebjean.com.
Disney
Pop Culture
Disney