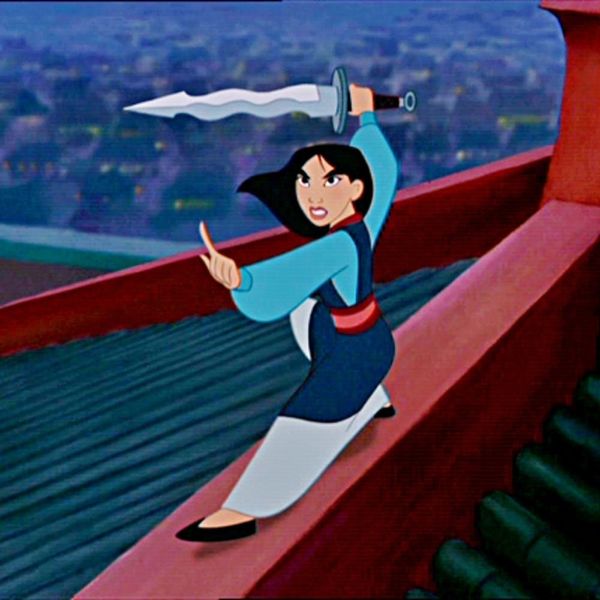 We could not possibly be more excited for Disney’s upcoming live-action films. The Little Mermaid, Beauty and the Beast, The Lion King and Cruella all have us giddy over the beloved stories playing out IRL (sort of), and we were just as thrilled when we found out the release date for the new live-action Mulan movie. But now, there is a very different reaction being directed at the live-action remake as folks are calling for Disney to #MakeMulanRight.

Before the cameras have even started rolling, people are peeved over the buzz that the story is being “whitewashed” (i.e. white actors getting roles that are meant to be played by POC, or white characters being added into the script). Someone who claims to have access to an early copy of the script is reporting on Angry Asian Man that the lead male role is a “30-something European trader” who defends China after falling in love with Mulan. Um, what?!

The post explains, “The man… initially cares only for the pleasure of women and money. The only reason why he and his entourage decide to help the Chinese Imperial Army is because he sets eyes on Mulan… In this script… more than half of its pages are dedicated to this merchant who develops a mutual attraction with Mulan and fights to protect her in the ensuing battles. To top it all off, this man gets the honor of defeating the primary enemy of China, not Mulan. Way to steal a girl’s thunder.”

This has sparked the #MakeMulanRight hashtag, with fans both expressing their displeasure (to say the least) as well as urging Disney NOT to change the story.

If mulan ain't the main character or not centered around a love interest there gon' be dishonour evERYWHERE #MakeMulanRight pic.twitter.com/MpVpgGIvyT

mulan took place in china there's no white ppl tf?? stop puttin white ppl in everything mulan didn't save china for this #MakeMulanRight

She was the character I looked up to. I wanted to become someone like Mulan who fought for her family and her people against all odds.

if ur going to rewrite the entire story AND replace Li Shang it ain't mulan, DON'T BOTHER MAKING THE FILM IF UR RUINING IT #MakeMulanRight

So.. is Matt Damon hopping over to the Mulan set right after he saves China the first time? #MakeMulanRight

Dear @Disney – I loved #Mulan as a kid & the animated version. Pls don't mess it up. https://t.co/sbLTUEtMpj #makemulanright @angryasianman

Some want to take more action than just tweeting…

There’s even a petition to #MakeMulanRight…

What do you think about the #MakeMulanRight sitch? Tweet us @BritandCo!