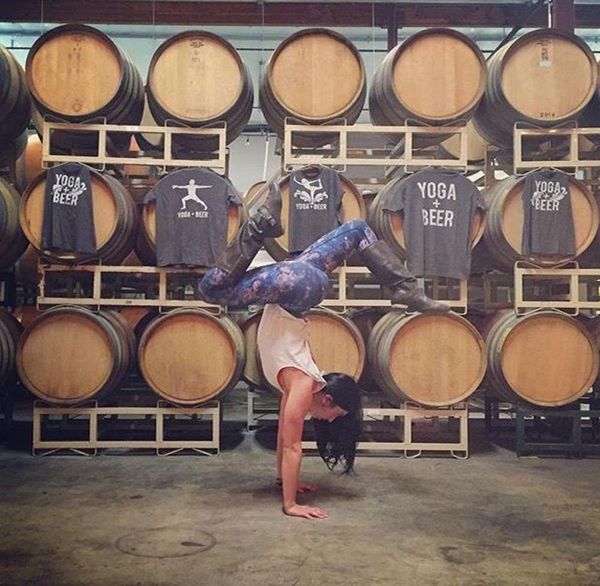 Remember when we told you that beer + yoga was poised to be the next fitness trend? Well, as it turns out, we were right. Companies across the US from Oregon to Florida have been following Port City Brewing Company’s lead and incorporating IPAs (or Brewstein protein beer, if you want to step it up a notch!) to accompany their downward dogs, and now CNN has rounded up some insight as to why the trend might be seeing such success.

Though it may seem counterintuitive (the term “beer belly” hasn’t exactly always had the most positive connotation), experts are finding that drinking in moderation actually increases your probability of working out by more than 10%. Say whatttt? That’s right: The drinkers among us are, on average, more active than the non-drinkers. The study’s co-author suggests to CNN that the correlation may be due to the fact that both activities release dopamine and endorphins.

Or maybe it’s the motivational reward factor? Bull Falls Brewery owner Mike Zamzow told CNN he thought that the social aspect in his taproom encouraged positive peer pressure to keep at goals and not to quit.

Either way, we’re feeling their logic. Why NOT have your cake (and by cake, we mean sweet, sweet yeast-filled nectar) and eat it too? Sign us up!

Have you tried beer yoga? Tell us all about it in the comments below!

Nicole Briese
Nicole is the weekend editor for Brit + Co who loves bringing you all the latest buzz. When she's not busy typing away into the wee hours, you can usually find her canoodling with her fur babies, rooting around in a bookstore, or rocking out at a concert of some sort (Guns N' Roses forever!). Check out all her latest musings and past work at nicolebjean.com.
Fitness
Health
Fitness Yoga
More From Health