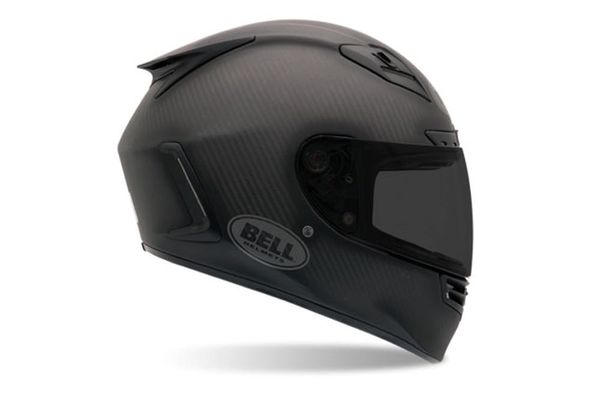 Motorcycles are a fickle thing. The open air, the speed — they’re great. But they can be dangerous. Sure, you can be properly suited and booted, but sometimes that just isn’t enough. A few cuts and scrapes are one thing, but that cranium of yours is simply irreplaceable. That’s why we’re all about showing you everything you can do to protect it properly – remember the ultra smart Skully helmet and Reebok Checklight? The newest contender in the high tech head game is this fully customized 3D-imaged helmet.

Bell, a leading helmet manufacturer for the past 60 years, realizes that all heads aren’t the same, so why should all helmets be? The brand has begun designing customized helmets using 3D imaging. With over a quarter-million dollars invested into research and development, this scanning system could be the best thing to happen to the helmet industry in four decades.

We will warn you, this high tech head protector is going to cost you a good chunk of change – about $1,000 to be exact. But that price is cranked up more for the advanced technology than for material involved. The customization process actually allows for less overall padding, which isn’t necessarily a bad thing. With time, thicker padding is known to sag out or lose shape. Those are two things you definitely won’t get here.

Over the past few months Bell has been traveling across the country to promote its new technology. The rider first slips on a “head sock” made of thin neoprene – something like the hood of a wetsuit – then a Bell custom fit technician does a few scans. Within seconds, the rider’s head shape pops up on the computer screen, and the scan is complete.

From that information, a customized helmet can be molded and sent to your doorstep in four to six weeks. While it is definitely the best thing for your brain, Bell warns that it might feel a little funky at first. The weird bumps and lumps on your skull probably aren’t used to so much care and attention.

The 3D system is set to first launch locally at retailers near Bell’s headquarters in the San Francisco Bay Area, with other US vendors rolling out the program later in the year. This technology is only approved for motorcycle helmets at the moment, but Bell is currently working to make the same customization available for ski, snowboard and (get excited!) even bicycle helmets.

Do you ride a motorcycle? What do you think about Bell’s new invention?