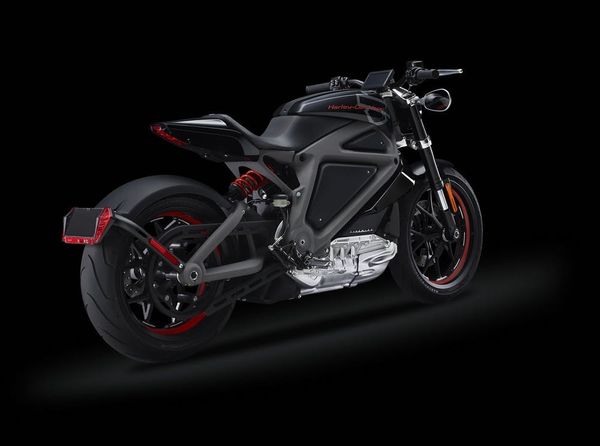 Harley Davidson is a name synonymous with the open road, roaring engines and everything else Americana. Eagles, too. Now, the motorcycle manufacturer is bringing a new color to join their traditional orange and black scheme. And that color is eco-friendly green.

Harley Davidson unleashed Project Livewire unto the world late last month. LiveWire is the first all-electric Harley, and Harley is now being heralded as the Tesla of motorcycles.

The bike looks like Easy Rider meets Tron, and early impressions are impressive. The motorcycle, while much quieter than a traditional idling Harley, has much more blast, noise and horsepower than other electric bikes on the market. According to Harley Davidson, the LiveWire goes from 0 to 60 mph in less than four seconds, and the bike’s first riders compare it to sport-bikes with 600 cc engines.

Project LiveWire has no clutch or gear shifting to concern yourself with, so it rides easy and confirms that Harley Davidson kept city riders in mind when developing the bike.

The range of the LiveWire definitely makes it a commuter bike. A full charge takes 3.5 hours on empty and will give you about 55 miles. It’s definitely not built for much open-road cruising, but the LiveWire could get you from home to work and back again without much anxiety.

The LiveWire is just a prototype for now and Harley doesn’t have any concrete release dates just yet, but we like the idea of adding “badass motorcycle” to our future buying options when looking to go green.

How excited are you for an electric Harley? Leave your thoughts below.

Barry Eitel
Often blinded by science, Barry is a Bay Area-based journalist and playwright, focused on tech innovation and the business of Silicon Valley.
Tech