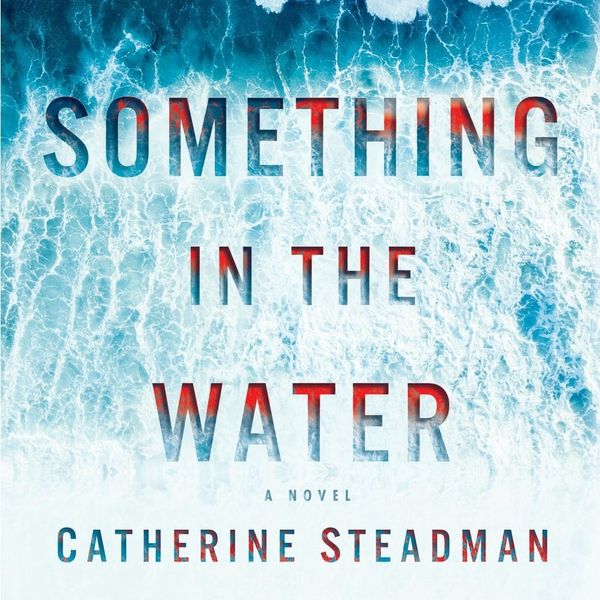 In the last year, women have been dominating the thriller genre with stories about unreliable narrators, mental instability, and dramatic twists and turns. If you couldn’t get enough of Gone Girl or the popular book-to-movie Girl on the Train, it’s time to pick up these new releases. From missing children to a romantic thriller and an overprotective mother-in-law, these books will have you plenty occupied this summer.

In Kimberly Belle’s latest novel, two mothers come together to find a missing boy who disappears after an overnight school trip. When the police show up empty-handed after their search for nine-year-old Ethan, his mother, Kat Jenkins, decides that something else must be done. Kat teams up with an unlikely acquaintance and fellow mother, Stef, and the two get pulled into the investigation and find that they’re connected in more ways than either of them had ever expected. Three Days Missing is a captivating novel about the strength of mothers, unexpected connections, and every parent’s worst nightmare.

This Reese Witherspoon book club read and New York Times bestseller is the perfect book for fans of Paula Hawkins. During a dream honeymoon in Bora Bora, Erin and Mark venture away from their island to go scuba diving when they hear a mysterious sound in the water and come across something that will stir up trouble and plenty of twists. Will they tell people what they have found, or will they keep it to themselves? Either way, this discovery will bring on a whole new cast of problems for the newlyweds. This debut novel by Catherine Steadman is the perfect read for your summer vacation abroad.

Rea Frey’s new summer thriller will have you questioning the morality behind kidnappings and the motives of those who commit these crimes. Sarah Walker is a successful woman without a family to call her own, and after her breakup, she just wants something that will make her feel complete. When she first sees five-year-old Emma at the airport with her unhappy parents, she can’t help but think that the young girl deserves better. Not long after, Sarah runs into the family again and this time, she takes matters into her own hands, kidnapping the young girl. As Emma’s mother searches for her daughter, she begins to question whether or not she wants her child back and how much she actually misses her.

One of the year’s most anticipated reads, Give Me Your Hand tells the tale of two young career women and their fight for success in the competitive world of science. In high school, Diane and Kit were the best of friends, but after a harrowing secret breaks their bond indefinitely, they both go their separate ways. Years later, Kit is employed at a research lab, working her hardest to get onto a special project team, when Diane is hired to the same lab. Working side by side once again, the two get caught up in a dangerous competition for a coveted position. This slow-burner dives into the competition between women and the lengths they go to in order to win.

Kelli Clare’s romantic Hidden follows the intriguing life of Ellie James after the bizarre murder of her sister and grandmother. Ellie has recently gotten involved with Englishman Will Hastings and, as her family begins to fall apart, she can’t help but wonder if part of it is his fault. Desperate to find a safe home for what’s left of her family, Ellie takes off with Will and her niece to England, where she finds new problems awaiting her. But when Will disappears after proposing, she’ll have to face the lies she’s dealt with her entire life and find a way to stay alive. If you like your thrillers with a touch of romance, add Hidden to your #TBR pile now.

Lava thought she had life all figured out with her husband, children, and beautiful home. But when she finds out that the love of her life is having an affair with another woman, she can’t help but come up with a plan to win him back for good. Realizing that his mistress is unwilling to let him go, she enacts a dangerous chain of events that will throw her entire life into chaos and leave her wishing that she had just gotten a divorce instead. This suspenseful new novel is a testament to how far a woman will go for her family and the mistakes we make out of jealousy.

In The Other Woman, Emily faces off with a woman she never thought she’d have to worry about: her potential future mother-in-law. Adam and Emily seem like the perfect couple, both reveling in the fact that they found each other, but Adam’s mother can’t stand Emily and will do anything she has to to keep her away from her son. As Emily gets to know Adam’s mother, she quickly realizes that this woman is determined to get rid of her. This dangerous love story is a twisted read, perfect for a long day at the beach.

The #1 New York Times bestselling author Ruth Ware is back this summer with a riveting mystery that will keep you up all night. When Hal gets a letter claiming that she is the recipient of a grand fortune, she knows the letter was not meant for her but can’t escape the curiosity it has sparked. Attending the funeral of the late stranger, she begins to see that there’s a lot more going on than meets the eye. Diving into the mystery behind the inheritance and those closest to the deceased, she’ll find that this family has dark secrets just waiting to be uncovered.

In her debut novel, E.C. Frey tells the story of a successful wife and mother with a traumatizing past that has come back to haunt her. Heather has worked hard trying to build her career, her family, and a happy life, but when an ex-coworker is murdered, she’s suddenly thrown into a world of danger and forced to confront the evils from her past. Reaching out to her childhood friends, Heather does what’s necessary to get her life back on track and figure out exactly what happened to the woman who was just found dead. This suspenseful new novel is about secrets, the friendships that come from horrifying shared experiences, and the lengths we go to to keep those around us safe.

Caroline Kepnes, the author of the bestselling You, is back this summer with a novel about mysterious deaths, a strange disappearance, and a determined detective desperate to take his town back. Four years ago in New Hampshire, Jon disappeared before he had the chance to tell his best friend Chloe how he really felt about her. Now, he is back with no recollection of his time away and new powers that mystify both him and Chloe. Meanwhile, in Providence, Rhode Island, healthy townspeople are dying for unforeseen reasons but when Detective DeBenedictus starts asking questions, he’ll find out that the answers to this mystery are unlike anything he would’ve expected. This multi-perspective novel is a compelling tale of two beyond-bizarre occurrences.

Twin sisters Bel and Rose have just been shipped off to a boarding school where they’ll learn that their differences and rivalry will mean the end for one of them. Adjusting to a new school is hard enough, but in She Was the Quiet One, two sisters put a twist on what it means to be the new girl. When one of the sisters is brutally murdered, her sister is immediately suspected of the crime. From feuding sisters to a shady advisor and his naïve wife, this new novel from Michele Campbell is the perfect summer escape.

Winnie is a single mother in desperate need of a girls’ night with her friends, but in The Perfect Mother, Winnie quickly learns that leaving her baby in the care of a sitter was a bad idea. Regretting her decision to leave her child at home, Winnie knows she must act fast if she wants any chance of finding her son Midas. But as soon as she begins her search, she stumbles upon secrets that will test her friendships with her fellow May Mothers forever. This new novel is a gripping story about friends, tragedy, and the power secrets hold.

If you can’t get enough of The Real Housewives, this twist on the dramatic reality show will keep you plenty busy this summer. Five successful women have just agreed to star on a reality show where they’ll compete to be the fan favorite and do their best to steal the spotlight. But when the competition becomes too much, one of the cast members winds up dead and soon, it comes to light that the crime may have been committed by one of her costars. New York Times bestselling author Jessica Knoll is back with a look at the competition between women and the lengths they go to for success.

From the author of Behind Closed Doors comes a new novel about a man’s missing girlfriend and the role he played in her disappearance. Finn can’t help but be happy about his new life with his new fiancée, doing his best to forget about Layla, a past girlfriend who mysteriously disappeared from a gas station 10 years ago. But now Finn is getting calls about sightings of Layla and as more pieces of her begin to show up, he has to figure out whether or not she’s still alive and, if so, what she wants. This new novel is a must-read for those who loved Amy in Gone Girl.

This new novel is about a toxic friendship and an unanticipated future that will leave one young woman dead. Lavinia and Louise are exact opposites of one another, but after their first meeting, they can’t help but feel an automatic connection. Dreaming of their prosperous future together, the two make plans to travel the world once they’re both successful writers. But for Lavinia, this dream will never come true — she’ll soon be dead. This novel about obsession and jealousy is a compelling read for those who couldn’t get enough of The Talented Mr. Ripley.
She Reads
Books
Creativity
Books Goods