13 Books to Read Before They Become Movies in 2018 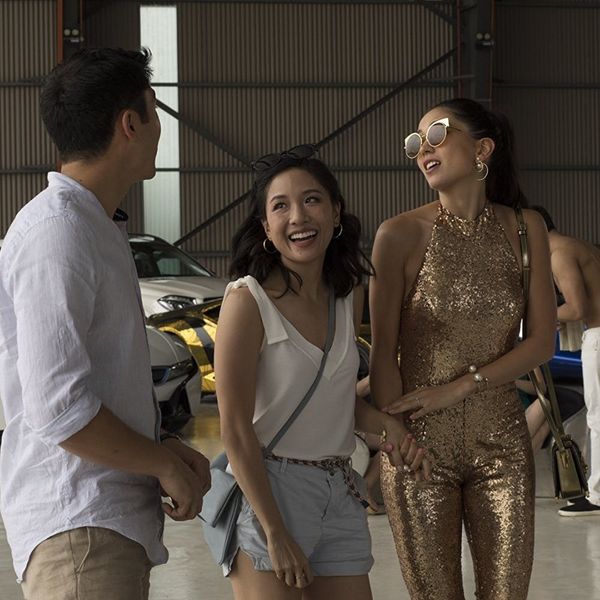 While we agree that the book is always better than the movie, we must admit that we get incredibly excited when rumors start bubbling that one of our favorite books is getting the silver screen treatment. Even if the book is better, who wouldn’t want to see their favorite characters come to life, have heated debates on how each scene differed from the book, and finally convince your non-reader friends to experience your favorite book IRL? We certainly do! So if you’re the type of reader who strongly prefers reading the original before seeing the film, here are 13 highly anticipated adaptations coming to theaters near you in 2018.

After getting some major traction on the festival circuit last year (the trailer looks awesome too), we can’t wait to see Bognanni’s novel interpreted into film this April. Sebastian Prendergast lives in a bubble — or, rather a geodesic dome. Slightly awkward and unversed in the way of the world, Sebastian is shocked to find a whole new world away from his eccentric grandmother through his new friend, Hared Whitcomb. With girls, junk food, and punk music aplenty, we’re definitely reserving our seats to see this awesome movie starring Parks and Recreation‘s Nick Offerman, Asa Butterfield, and Alex Wolff.

Lady Bird and Brooklyn star Saoirse Ronan is all set to star in a new adaptation of Ian McEwan’s beloved small-town novel set in 1962 England. The story follows young Florence and Edward as they celebrate their wedding and contemplate their upcoming marital duties. McEwan wrote the screenplay himself, so we can only assume that the movie will play out very similarly to the novel — AKA you should read it first to get all the juicy spoilers! PS: The trailer looks amazing.

Lost in the idea of spending an entire summer with her intriguing boyfriend, Rachel Chu agrees to spend the summer in Singapore with her beau Nicholas Young. But almost as soon as Rachel steps off the private plane, she learns that Nick isn’t the down-to-earth guy she fell in love with in university… he’s actually the country’s most eligible bachelor. With palace-like homes, private planes, and too many flashy possessions to count, Rachel is in for a summer of crazy rich shenanigans and scheming social climbers. The first book of this popular trilogy is being transformed into a movie to be released late this summer, including an all-star cast of Fresh Off the Boat‘s Constance Wu, Michelle Yeoh, and Henry Golding.

Director Andrea Di Stefano (you know him from Life of Pi and Eat, Pray, Love) tackles this classic novel from Swedish duo Roslund and Hellström. Ex-convict Piet Hoffman is a top-secret operative for the Swedish police and after years spent infiltrating the Polish mafia, he’s sent on an impossible task to pose as a prisoner inside the country’s most notorious jail and stop the mafia from taking over the prison’s amphetamine distribution.

Although Sarah Waters’ book is nearly a decade old, it still gives us the creeps, and it’s now being turned into a feature-length film by the fierce director of Room. Starring Domhnall Gleeson (AKA Bill Weasley in Harry Potter) and Charlotte Rampling, the story follows Dr. Faraday, the son of a maid who is now a respectable country physician, who is called to a mysterious patient at the crumbling Georgian mansion of the Ayres family. Trust us; it’s a spine-chilling read that fans of Stephen King will positively binge.

Three cheers for supporting female directors! Director Jennifer Yuh Nelson tackles the film adaptation of Alexandra Bracken’s sci-fi young adult masterpiece with stars Mandy Moore, Amandla Stenberg, and Harris Dickinson already on board. Ruby might have survived the mysterious disease that killed most of America’s children, but she and the others emerged with a frightening ability that they can’t control. After escaping a brutal government camp, Ruby is on the run to find a safe haven for people like her. If you weren’t already intrigued, take a peek at the trailer — it’s definitely hooked us to read the original ASAP.

The devout son of a Baptist pastor, Garrard Conley was outed to his parents when he was a 19-year-old college student. Faced with either losing everything he’s ever known or attending a church-supported gay conversion therapy program, Conley chooses to undergo an institutionalized 12-step program which he recalls with raw detail in his critically acclaimed and well-read memoir, which is being transformed into film starring Lucas Hedges of Lady Bird and Three Billboards Outside Ebbing, Missouri fame, along with Nicole Kidman and Joel Edgerton.

If you thought you knew everything about famous American astronaut Neil Armstrong, think again. James R. Hansen discusses Armstrong’s impactful legacy (including the time he uttered those now-famous words on the moon) as both an American hero and a complex individual. The critically acclaimed director of La La Land and Whiplash, Damien Chazelle, is on board, and Ryan Gosling is set to play Neil Armstrong with Claire Foy playing his famous life partner.

With a star-studded cast of Cate Blanchett, Kristen Wiig, and Judy Greer, Maria Semple’s classic novel comes to life in the theaters this October. Bernadette Fox is a revolutionary architect, opinionated partner to her Microsoft-guru husband, and best friend and mom to 15-year-old daughter Bee. But with her agoraphobia worsening, Bernadette mysteriously disappears, leaving her teenage daughter forced to compile evidence of all sorts — emails, official documents, secret correspondence, etc. — to find and save her mother.

<em>The Girl in the Spider’s Web</em>

In the shocking fourth installment of this blockbuster series, a genius hacker (better known as the girl with the dragon tattoo) and a crusading journalist investigate a tangled web of conspiracies, cybercriminals, and mischievous government officials. While we don’t know too much about this new addition to the franchise, we do know that the cast includes powerhouses Claire Foy, Sylvia Hoeks, and Vicky Krieps, who are certainly well positioned to make this already intense thriller jump off the page.

With the royal wedding of Prince Harry and Meghan Markle near, we’ve been taking a nosedive into literature from across the pond, and John Guy’s dramatic reinterpretation of the life of Mary Stuart is topping our to-read list. In fact, we’re not the only ones who are interested in Guy’s work — the popular read is being transformed into a new movie titled Mary Queen of Scots starring Margot Robbie as Queen Elizabeth I and Saoirse Ronan as Mary Stuart, and is slated to come out this winter. Since both Robbie and Ronan slay at everything they do, we already predict that this movie will be a box-office smash, and we’re so excited to see director Josie Rourke at the helm.

If you’re thinking, “Hey wait, hasn’t there already been several Grinch movies,” you’d be dead right — but Universal Pictures is breathing new life into the popular Dr. Seuss story with a new animated adaptation starring the incomparable Benedict Cumberbatch as the notorious Whoville villain. The trailer looks promising, so it may be time to re-read the original before seeing the new adaptation in November.

Known for his work in The Lord of the Rings franchise and King Kong, director Christian Rivers is set to transform Philip Reeve’s Mortal Engines into a silver screen sci-fi thriller starring Hugo Weaving, Stephen Lang, and Robert Sheehan. In this steampunk dystopia, cities are raised from the ground to avoid the wasteland and war below. The great city of London has been lurking in shadows to avoid the bigger cities looking to devour them for scraps, but the city is now ready to hunt for smaller towns — something that Tom Natsworthy, a third-class apprentice in the Guild of Historians, is very excited about. But after stepping in to protect Valentine from an assassination attempt, Natsworthy is thrown off the city… with the deadly assassin. Now Natsworthy is desperately searching for a way back to his home city, but on his search, he just might uncover mischievous plans that will force him to reevaluate everything he thought he knew. Seriously, go watch the teaser trailer pronto!
Ashley Macey
Ashley Macey is a lifestyle freelance writer who loves all things fitness, wellness, and creativity. When she's not exploring her home in the Pacific Northwest with her dog Max, you'll probably find her curled up with a good book and some hot tea. Follow her daily jaunts on Twitter.
Books
Creativity
Books Goods Movies
More From Creativity