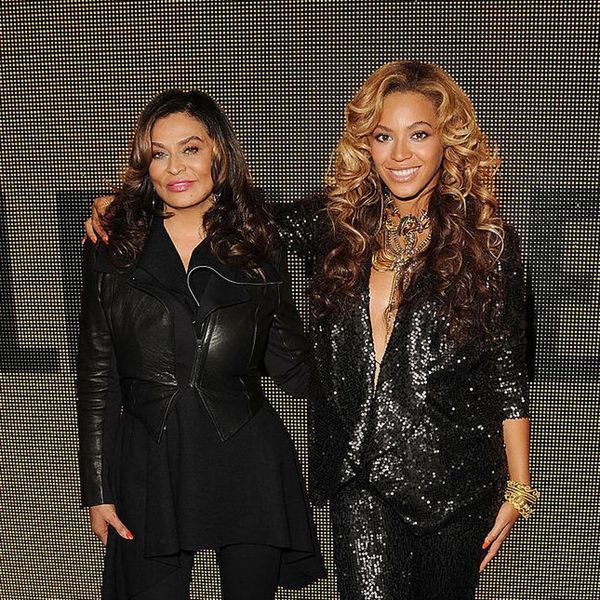 Thanks to Beyoncé’s mom, Tina Knowles Lawson, we’ve cleared up the confusion around the twins’ names and already know that Blue Ivy is a “proud” big sister who absolutely adores her new siblings. And now the doting grandma has opened up again, this time about the inspiration for little Rumi’s name.

Taking to Instagram, Lawson shared a few verses that are, in her own words, “not only beautiful but logical.” Her favorite of the six is the third quote, which reads, “Your task is not to see for love, but merely to seek and find all the barriers within yourself that you have built against it.” Lawson added her own musings with the caption, “Sometimes we are the reason we can’t find love!! We have to work on ourselves first to be whole❤️”

This is poetry by the 13 th century poet "Rumi" it's not only beautiful but logical ❤️ love number three ❤️Sometimes we are the reason we can't find love!! We have to work on ourselves first to be whole❤️

While plenty of us could surely use this as a reminder to focus on a little (or a lot) or self-care and self-love, there’s one other detail that makes the sentiment extra special. The lines that Lawson shared were written by Rumi, the 13th century poet. Yep, Rumi.

The fact that Beyoncé has apparently named her daughter after a poet should come to no surprise to her fans, as the singer’s love of poetry has become evident over the past few years. Keen on sharing verses with her followers, she also wove poetic work into Lemonade, which featured lines by Kenya-born, Somali-British writer Warsan Shire.

Now we just have to wait to see if there’s more to the name “Sir,” as well, although there’s already buzz that the little one might have been named after Bey’s beloved makeup artist, Sir John. If that’s the case, then it looks like Beyoncé named both of her babies after creative and artistic folks, which sounds just right.

Do you have a favorite poet? Let us know @BritandCo!