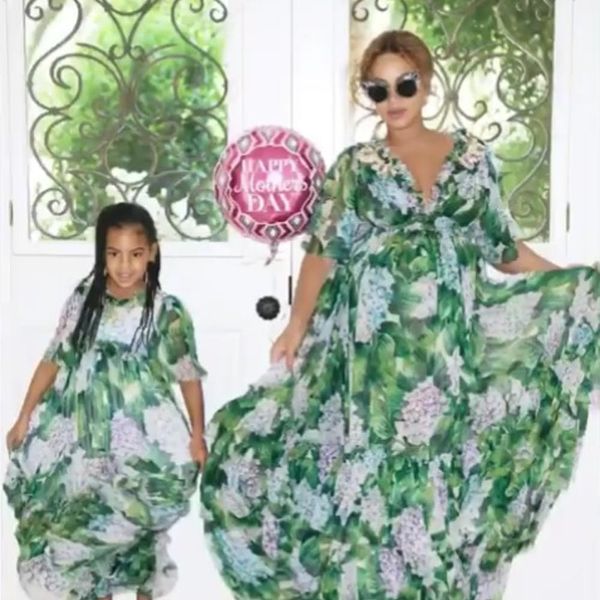 Beyoncé may have thrilled her fans with the very first look at her baby twins (or Bey-bies, as they’re adorably being called), as well as given us a glimpse at her date night with JAY-Z, but one thing we’re still waiting for is a pic of big sister Blue Ivy with her brand new brother and sister. And while we patiently wait for that surely heartwarming photo, Grandma Tina has revealed how the five-year-old is dealing with her new role.

“She’s very proud and very excited,” Beyoncé’s mom, Tina Knowles Lawson, told ET. While some older siblings have a rough time adjusting to a new addition (or two new additions, in this case), that’s apparently not an issue when it comes to Blue, Rumi, and Sir, with their adoring grandma adding, “She’s a good big sister; she really is.”

Her hubby, Richard Lawson, also revealed, “She cares for them a lot.” So sweet! And with all of the loving pics Bey posted with little Blue during the past nine months or so, with both of them enjoying the wait for the big arrival, we have no doubt that this big sister is as doting as her grandparents claim.

We’re so excited to see these three siblings grow up together, and surely one day become the new Destiny’s Child trio. *fingers crossed*

Did you (or your little one) have any issues adjusting to a new sibling? Let us know @BritandCo!