This Is the Netflix News You Do NOT Want to Hear 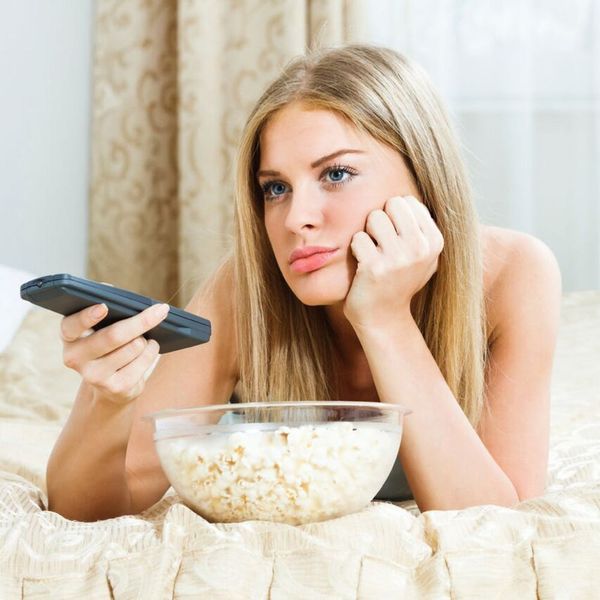 If you’ve ever felt super bummed after binge-watching your favorite series, it might be more than just the end of your show and saying goodbye to beloved characters that’s bringing you down. Prepping the essentials for the perfect Netflix session might help relieve the post-binge blues, but there’s now proof that binge-watching might actually be bad for your mental health.

A study from Texas A&M has found that “the more lonely and depressed you are, the more likely you are to binge-watch.” The study also showed that binge-watchers “lacked the ability to control themselves,” and “were unable to stop clicking ‘Next’ even when they were aware that they had other tasks to complete,” which hints at addictive behavior. As if we didn’t already feel guilty about neglecting all those adulting responsibilities. Yeesh!

But, hey! You’re not alone, and your hardcore viewing habits are in no way an isolated incident. Binge-watching is a pretty run of the mill thing to do nowadays. Proof: A 2013 Netflix survey found that 73 percent of the participants considered binge-watching socially acceptable behavior, and a more recent 2015 survey by TiVo showed that binge-watching acceptance is ever on the rise. Over 90 percent of Tivo’s participants admitted that they were binge-watchers.

Although we’re totally on board with some TV and movie time, perhaps it’s a good idea to mix up House of Cards with a few other fun, creative activities — instead of just binging your way through the whole season in one shot.

Is binge-watching a guilty-pleasure, or the new norm for you? Tweet us @BritandCo!

(h/t The Conversation; photo via iStock)

Desiree O
Desirée O is a ‘Professional Bohemian’ who loves anything and everything related to the arts, entertainment, and pop culture. She ADORES being a ‘Newsy’ for Brit + Co, covering all of the latest tidbits of awesomeness that you want to read about. When she’s not writing, she’s either making messy art, going on long adventurous walks with her camera, or poking around over at bohemianizm (http://www.bohemianizm.com/). You can find out about Desirée O and her work at http://DesireeO.com/ or follow her on Twitter @DesireeO.
Netflix
Celebrity News
Netflix