4 Shows to Watch After You Finish Bingeing House of Cards 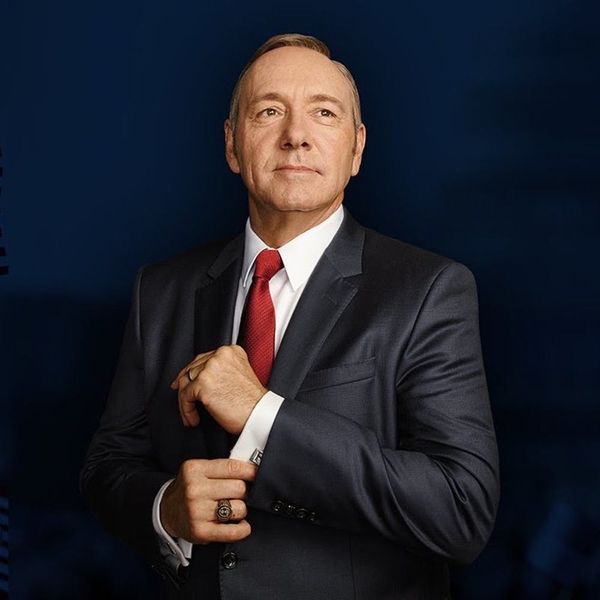 If after Super Tuesday, the 2016 presidential campaign seems like pure mayhem to you, just remember that House of Cards is coming back TOMORROW and we’re all about to get embroiled neck-deep in the fictional presidency of Frank Underwood. If you missed any of the previous four seasons, or just can’t remember what happened, now is the time to binge watch on Netflix to jog your memory.

For those of you who are all caught up — and want some additional TV to supplement your diet of Frank and Claire Underwood’s political machinations — check out these four shows below.

In the new Hulu original, James Franco stars as an English teacher who is encouraged by his friend to go back in time and stop the assassination of JFK. It’s dark, full of twists and revolves around the political murkiness surrounding the presidency — sound familiar?

The series is based on a Stephen King novel (you know, the author of The Shining) and directed by J.J. Abrams (director of the newly acclaimed Star Wars: The Force Awakens), so you know things are bound to get freaky. And lucky for you, it’s still easy to catch up as they’re only on episode three!

IF YOU LOVE POWERFUL PEOPLE BEHAVING BADLY, WATCH THE TUDORS

If the Underwoods existed back in the 16th century, they probably would have been called the Tudors. The show, from the BBC, features a lot of what we love about House of Cards: murder, mayhem, sex, cover-ups and power grabs. It follows the bloody and absurd reign of King Henry VIII and his many wives.

Plus, it stars Jonathan Rhys Meyers as King Henry VIII, so you shouldn’t have any problem sitting through an episode. The four seasons are streaming now on Netflix and on Showtime Anytime.

IF YOU LOVE BEING IN THE WHITE HOUSE, WATCH VEEP

In terms of tone, you can’t get much different from House of Cards than Veep. The latter, starring Julia Louis-Dreyfus as a take-no-prisoners yet hilarious Vice President, also takes place in the West Wing and features the very unlikely rise of the main character. We guarantee this show will provide you with plenty of laughs.

If the entire election this year seems like a joke to you, this is definitely the show to stream right now from HBO Go.

If the only thing you dislike about House of Cards is that there isn’t enough of it, you should definitely watch the original version from the BBC on Netflix. Instead of charismatic, Southern anti-hero Frank Underwood, the Brits have calculated mastermind Francis Urquhar who rises through parliament to become the Prime Minister. It has a much more serious tone than our American version (yes, even in spite of the spilled blood), but it set the stage for the phenomenon. It’s a total must-see for any die-hard fan.

Cailey Rizzo
Cailey is a junkie for all things pop culture. She studied journalism and English literature at SUNY Purchase, then continued studying French cinema and literature at Paris IV Sorbonne. She currently lives in New York where she can often be found singing '70s music at karaoke bars.
Netflix
Tech
Netflix