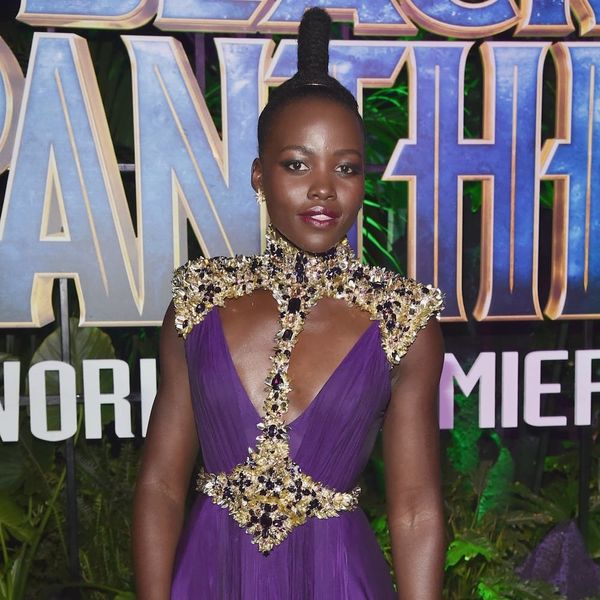 In two weeks, the Marvel Cinematic Universe will be releasing its most daring movie to date. Black Panther has been on the minds of comic book fans since the title character’s first appearance in Captain America: Civil War. Since that little cameo, comic book fans have been excited about the prospect of the first standalone, Black lead superhero movie, but with the film’s premiere Monday night, fans have gone from excited to completely freaking out.

The movie, directed by Ryan Coogler of Fruitvale Station and the Oscar-nominated Creed (which also starred Black Panther‘s baddie Michael B. Jordan), was already being touted as a huge leap for the positive representation of Black characters even before Monday’s premiere. While last year’s Wonder Woman confirmed representation by and for women as one of the most important parts of the film, Black Panther’s representation of Black folks (and especially Black women) is a game changer, too, and those who took in the movie last night can’t stop gushing about it.

Although we won’t get full reviews until next week, those in attendance at the premiere flooded Twitter with the most exciting reactions in recent memory. And it’s a huge deal, especially because this is a comic book movie, not your regular run-of-the-mill cinematic masterpiece.

BLACK PANTHER is incredible, kinetic, purposeful. A superhero movie about why representation & identity matters, and how tragic it is when those things are denied to people. The 1st MCU movie about something real; Michael B. Jordan’s Killmonger had me weeping and he’s the VILLAIN

If you don’t understand the power of representation, imagine growing up never seeing a superhero who looks like you. When American Girl dolls came out I always picked Addy who had to escape slavery. But now kids have #BlackPanther’s Nakia, Shuri and Okoye. Dope on many levels.

Black Panther is the best MCU movie ever. I was blown away from start to finish and I’m not even being biased. This was by far the best marvel movie to date. Thank you, Ryan Coogler! #BlackPanther pic.twitter.com/8Qh0hlOYAb

#BlackPanther is exceptional – the James Bond of the MCU. You've seen nothing like this in a superhero movie – it's bold, beautiful & intense, but there's a depth & spiritualness that is unlike anything Marvel has ever done. It's 100% African & it is dope af. pic.twitter.com/Z77IjnIjf2

Those who saw the movie are already calling for next year’s awards nominations.

Ryan Coogler knocked it out of the park, some great sequences presented in a “single take/shot.” If this movie isn’t nominated for costume, art and production design awards next year, I would be seriously shocked. #blackpanther

And it looks as if the movie’s secondary characters (all women!) are the true stars of the film.

The MVP of #BlackPanther is Letitia Wright's hilarious, ebullient Shuri. I want a Shuri supercut, I want a Shuri spinoff, I want a capsule collection of Shuri sportswear at Opening Ceremony, and I want these things now!

The best part of #BlackPanther is how it unravels this deeply emotional & complex story about family ties & protecting your tribe. While lots will tout Michael B. Jordan as the stand-out, my favs were Danai Gurira & especially BP's lil sis, Letitia Wright pic.twitter.com/VSEwa98BnI

By these reactions, it’s as if Black Panther has done what was thought impossible, proving that you can do a movie that literally has it all. Positive representation, action, emotion, amazing fights, cool costumes, terrifying villains, and more. And it’s those pieces, all intertwining, that have people so hyped for Black Panther.

Do you have your tickets for Black Panther yet? Let us know @BritandCo!

Kat Armstrong
Kat has been a writer, social media maven and mom for longer than she's willing to admit. She's also spent time in front of and behind the camera, interviewing celebs, politicians and acting as a producer for fashion and artistic photography shoots. When she isn't writing for various orgs and publications, she's hanging with her kids, husband and French Bulldog, Peter, in Toronto, Canada.
inclusivity
Diversity
inclusivity Movies
More From Diversity