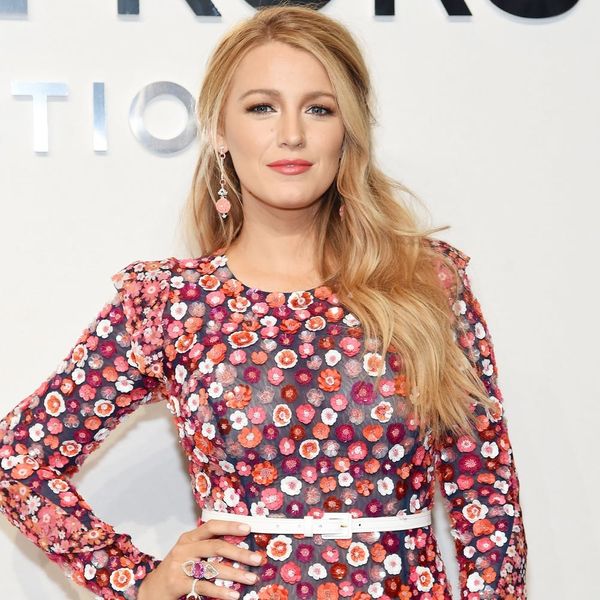 Filming on Blake Lively’s upcoming spy thriller, The Rhythm Section, has been paused for the time being after the actress suffered an injury on set, according to TheHollywood Reporter.

“Paramount, Global Road, and producers Michael G. Wilson and Barbara Broccoli today confirmed that filming has been temporarily suspended on The Rhythm Section as Blake Lively sustained an injury to her hand while filming an action sequence,” a statement given to The Hollywood Reporter said. “Production will resume as soon as possible.”

Lively is currently in Dublin, where the film, an adaptation of the first of author Mark Burnell’s novels of the same name, is being shot. She plays Stephanie Patrick, a woman who goes undercover to find out the truth about a plane crash that killed her family.

This isn’t the first update we’ve gotten from the production — the All I See Is You actress has undergone some major transformations while filming the intense role. Previously, we’ve gotten glimpses of her character looking unrecognizable in disheveled clothing and a short, dirty-blonde ‘do, and, most recently, in a choppy brunette pixie cut.

So far, no other details on the extent of the injury or when filming will resume have been released. We wish Lively all the best on her recovery!

Are you looking forward to seeing The Rhythm Section when it comes out? Let us know @BritandCo.