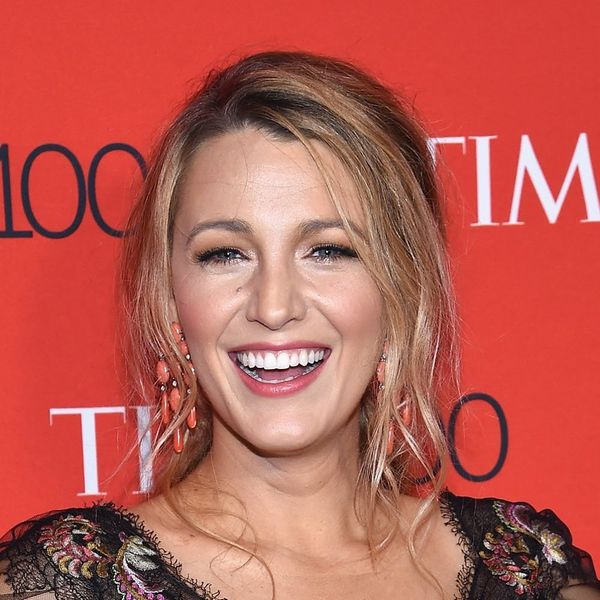 With makeup or without makeup, Blake Lively is unquestionably a total babe, but the actress had fans completely shook when she stepped out on the set of her latest film, Rhythm Section.

Wearing a severely disheveled wig and sporting some serious under-eye bags that we can only assume is the magic of movie makeup, the All I See Is You star was a far cry from her usual glam self.

Lively is playing the role of Stephanie Patrick, who is reportedly in a downward spiral after her family is killed in a plane crash, a fate she narrowly escaped herself. Soon, however, she’s channeling her destruction into rage, taking on a new identity in an effort to track down the parties responsible for their deaths.

From the looks of things, Lively is BEYOND committed to the role, undergoing a serious makeunder. Her wardrobe, which consisted of a tattered, oversized puffer coat, and a lidless mug, was also not exactly what we’ve come to expect from the 30-year-old actress, who’s been known to wear up to as many as SEVEN uber-chic ensembles in a single day. Rhythm Section is slated for release February 2019.

Are you shocked by Blake’s latest look? Share with us @BritandCo.

Nicole Briese
Nicole is the weekend editor for Brit + Co who loves bringing you all the latest buzz. When she's not busy typing away into the wee hours, you can usually find her canoodling with her fur babies, rooting around in a bookstore, or rocking out at a concert of some sort (Guns N' Roses forever!). Check out all her latest musings and past work at nicolebjean.com.
Blake Lively
Beauty News
Blake Lively Celebrities Celebrity Hair Celebrity Makeup Hair Movies
More From Beauty News