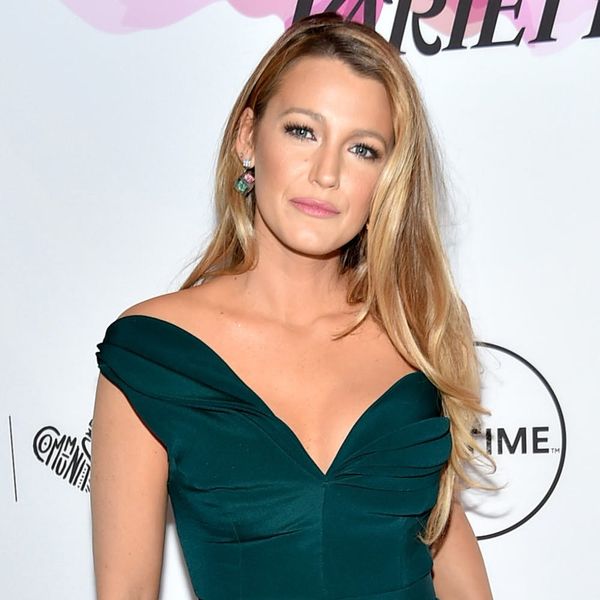 Blake Lively is going all out for her new role! After debuting a short blonde wig and a less-than Covergirl-ready ensemble while in character for The Rhythm Section last month, our fave fashionista is at it again, changing things up with a short, dark-haired pixie that made her practically unrecognizable.

The actress showed off her head-turning look over on Instagram. It’s not only a much, much shorter cut than the usually flowing long blonde locks we’re used to seeing on the mommy of two (with the exception of her brief stint as a bronde back in 2015), it also marks the first time we’ve ever seen her as a brunette!

The new (very likely faux) chop is pixie perfection, with piecey, punkish hair cut just above her ears in the front and hitting the nape of her neck in the back.

The 30-year-old’s constantly changing styles make sense when you consider her part, which will see her alter ego of Stephanie Patrick going undercover to track down the parties responsible for the death of her family in a horrifying plane crash. And she would’ve fooled us! We can hardly tell it’s her.

What do you think of Blake’s faux ‘do? Sound off over @BritandCo.

Nicole Briese
Nicole is the weekend editor for Brit + Co who loves bringing you all the latest buzz. When she's not busy typing away into the wee hours, you can usually find her canoodling with her fur babies, rooting around in a bookstore, or rocking out at a concert of some sort (Guns N' Roses forever!). Check out all her latest musings and past work at nicolebjean.com.
Blake Lively
Hair
Blake Lively Celebrities Celebrity Hair Hair Movies