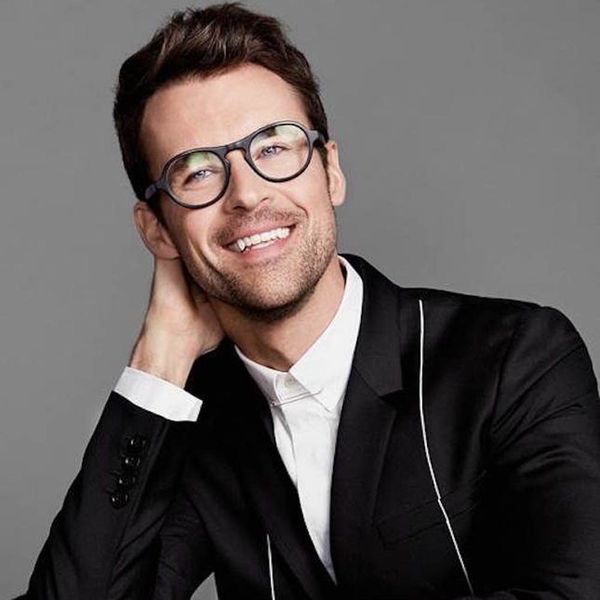 Stylist to the stars and Fashion Police co-host Brad Goreski recently co-hosted Brit + Co’s fourth annual conference Re:Make in San Francisco, where he live-styled attendees on stage, decking ’em out to the nines. When it comes to fashion, Brad is a guru — and since he’s styling A-listers for the red carpet (“Where all good things happen,” says Brad), that’s key.

Ever since the world first met Brad as Rachel Zoe’s assistant and prodigy on Bravo’s The Rachel Zoe Project, Brad has been unstoppable. He’s dressed everyone from Jessica Alba to Minka Kelly. And his fave thing about working with clients is “when I open up the door to my styling studio, they’re usually very excited to see me.” Aww… we’d be happy to see you too, Brad, and having you doll us up to look like a million bucks doesn’t hurt either!

There is one notable exception though. “Except for one client who likes to try on one thing and then go go,” Brad says slyly. He turns to the camera and says pointedly, “And that client’s name is Kaley Cuoco.” Is that Brad calling Kaley OUT? Yep, sounds like it! (Don’t worry, the Big Bang Theory actress and Brad are oooooold friends.) But hey, you can hardly fault Kaley for being low maintenance.

When it comes to trends, Brad has some strong opinions. The one trend he hopes dies a fiery death STAT is wedge sneakers. Harsh, but, yeah, totally agree. And the one that he thinks will be everywhere in 2017 is metallic fabrics. “Golds, silvers, lots of shimmer,” he predicts.

And in case you’re worried that there are trends you can’t pull off, Brad has some wise words for you. “The best way to ease yourself into a trend is with accessories,” he tells us, “but I also think the number one thing is not caring what other people think.” Preach, Brad!

What do you think of Brad’s advice? Tweet us @BritandCo!

Kimberly Wang
Kimberly Wang writes about all things pop culture, tech, style, and beauty. She's a Bay Area transplant and has an MFA in Creative Writing from Columbia University. On a sunny New York day, you can find her hanging out with her mini schnauzer Isabelle Jellybean on a blanket in Central Park.
Celebrity Style
Style News
Celebrity Style interview Posts that contain video Re:Make
More From Style News