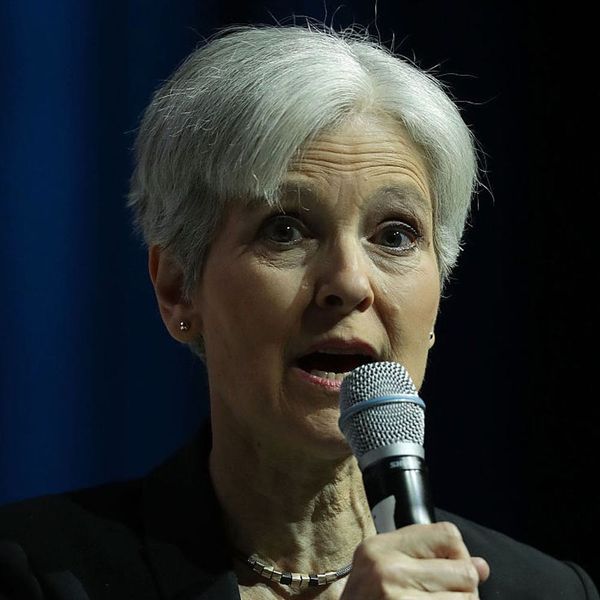 Few families now follow the “dad works, mom stays at home” pattern. And, of course, many families don’t have one dad and one mom. None of that is reflected in Donald Trump’s new parental leave policy, which really is a maternity leave plan. It offers six weeks of paid leave to new mothers, which critics, including (or especially) Hillary Clinton, have derided as a step backwards for women, and leaving gay men completely in the cold. As Working Mother Media Editorial Director Jennifer Owens told Huffington Post, “There’s this implication that parenting is a mother job and not a father job. That is just old-fashioned thinking.” The plan on Hillary’s website promises “up to 12 weeks” of paid leave, not tied to mothers or fathers, during which the parent on leave would receive “at least two-thirds of their current wages, up to a ceiling.”

psyched to be at #TIFF to talk about the film #Snowden! prayers being sent from up here in Toronto for those on the ground in North Dakota and those across our nation whom oppose the #dakotaaccesspipeline. #NoDAPL #RezpectOurWater #UpToUs #torontointernationalfilmfestival #TIFF

As we wrote last week, Shailene Woodley has been vocal about her opposition to the Dakota Access Pipeline, which would move crude oil from Dakota (duh) and Montana to Illinois and then down to refineries in the Gulf of Mexico. The federal government ordered a pause on construction while it re-examined the pipeline’s possible environmental impacts, but while everyone waits on the results, opponents to the pipeline aren’t resting easy: The encampments along the pipeline route aren’t going anywhere. Shailene was at the Toronto International Film Festival this week and then in New York for premieres of her new film Snowden, but she staged her own protests in both locations, to let everyone in Dakota know she’s still with them in her heart.

3. Clinton vs. Trump? Lots of millennials are choosing neither

It’s a two-way race for the presidency, or at least it’s supposed to be. But according to a new poll from Quinnipiac University, almost half of all 18-34-year-old voters are leaning toward going third-party. Libertarian candidate Gary Johnson, who will be on the ballot in all 50 states, snagged 29 percent of the hypothetical vote, while Jill Stein of the Green Party got 15 percent. (Hillary led with 31 percent and Donald came in third, with 26). One third of voters in that age group also said they’re more motivated to vote this time around than they were in 2012 (although that could be skewed, since everyone under 22 wasn’t able to vote in 2012).

4. Kentucky’s governor had strong words for a Hillary-led America

Matt Bevin, the Republican governor of Kentucky, spoke last week about the dire consequences he foresees if Hillary Clinton is elected in November. He (very loosely) paraphrased Thomas Jefferson at the Values Voters Summit, worrying that “blood will be shed” and adding, “I have nine children. It breaks my heart to think that it might be their blood that is needed to redeem something, to reclaim something that we — through our apathy and our indifference — have given away.” His comments were interpreted as suggesting an armed insurrection might be necessary, which follows remarks from Donald Trump in August that seemed to encourage gun rights advocates to take up arms against Hillary. Kentucky Democrats have been swift to condemn his remarks and some of them have demanded his impeachment.

5. White House women are working together, in more ways than one

Working for the president of the United States comes with high expectations and a lot of pressure, no matter who you are. But the women in those roles have to contend with the added stress of being interrupted by men or having men repeat their points and get the credit; it happens to women everywhere. Some of the women working for Barack Obama came up with a tactic to stop men from doing this without putting individual women into confrontations with men, and they called it “amplification.” Essentially, when one woman (Gretchen, let’s say) pipes up with an idea, another woman will repeat it and say, “What a great idea, Gretchen.” And, according to them, it worked! Obama began calling on women more often and hearing their ideas. Best of all for us, it’s a strategy that can easily be applied to any workplace as long as a few ladies are down.

Is there a campaign story you’re following closely? Let us know on Twitter @BritandCo!