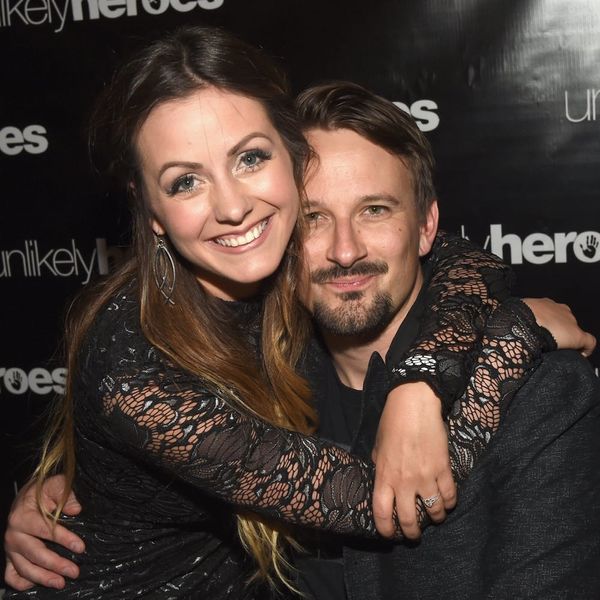 It’s been a shell- shocking week for fans of The Bachelor, with new details emerging about the recent scandal that caused producers to pull the plug on the fourth season of Bachelor in Paradise and members of Bachelor Nation beginning to react.

Two of the show’s alums, Carly Waddell (who recently shared her reproductive journey in a video diary) and Evan Bass, are bringing some positivity back to the franchise, however, by moving ahead with their plans to tie the knot, drama be darned.

Rather than postponing their nuptials, which were scheduled to be aired as part of the now-cancelled fourth season of BiP, the couple, who found love on season three of the show, went ahead and said “I do” in a beachfront ceremony. But don’t worry, guys — the wedding, which took place in Puerta Vallarta, Mexico, and was officiated by none other than Bachelor host Chris Harrison himself, will still make it onto TV in an ABC special later this year.

We got a glimpse of Waddell looking stunning with a fishtail braid draped over her shoulder in a lacy, embroidered mermaid gown which featured a sheer top layer and a nude slip. Decorations included pretty flowers and colorful pom-poms hung from trees.

Though we’ve yet to get a peek at her ring, we do know the bride chose a $50,000 Neil Lane channel-set eternity band of diamonds, while the groom picked a $1,500 platinum band, according to E!.

We have the same smile 😍

As you might have already guessed, the big day included plenty of familiar faces from Bachelor Nation, including groomsman Wells Adams and bridesmaids Jade Tolbert and Juelia Kinney. Vinny Ventiera, Shawn Booth, Kaitlyn Bristowe, Luke Pell, and Whitney Bischoff all made the guest list too.

If Wadell’s comments to E! about her fiancé back in April are any indicator, they’re certainly in for plenty more happy times to come. “I think that, relationship-wise, we’re definitely more in love than we ever were before. I think we fall more for each other every day which is fun… We’ve never had a bad spell. It’s always been consistently good.”

Do you think true love can grow from a Bachelor relationship? Tweet us @BritandCo.